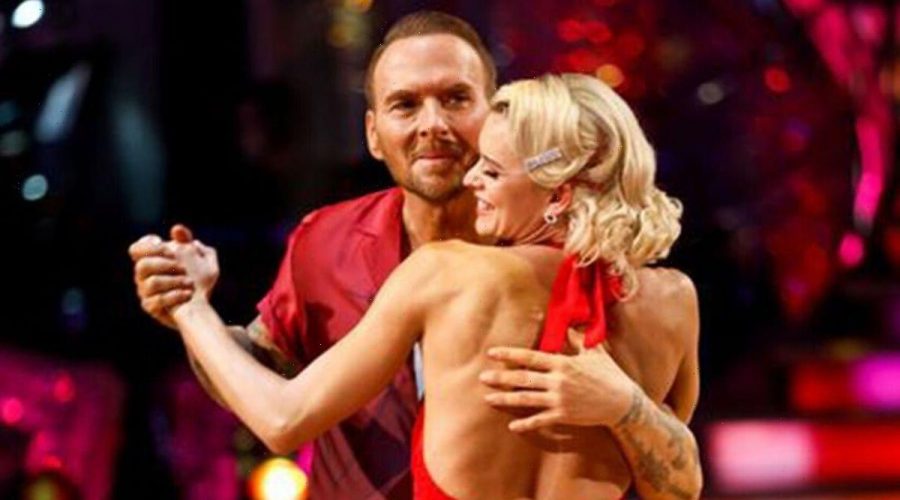 Strictly: Matt Goss opens up about his exit

Matt Goss, 54, was voted off Strictly Come Dancing last week in a dance-off against Coronation Street’s Kym Marsh. As the singer recorded his new Christmas single The Beautiful Unknown, Matt took time to speak to Express.co.uk about his time on the show and the criticisms he received from not “smiling enough”. Matt admitted this was down to “stuff” going on in his life, hinting about his rare muscle condition, Poland syndrome.

There’s stuff going on in my life!

Express.co.uk asked the Bros singer if he paid attention to any of the criticisms on social media or from the judges.

Matt admitted: “Apparently I wasn’t smiling enough on Strictly and I’m sure you know there’s stuff going on in my life that had to take precedence and I had to resolve and that.

“I didn’t want to reveal either because it was painful and I just, you know, had to hold on and I wanted to put my best foot forward, no pun intended.

“So I didn’t feel the need to share that on social media.”

This comes as Matt recently opened up about his rare muscle condition in order to give children growing up with the syndrome more confidence.

The musician was born with Poland syndrome, which is a condition characterised by webbing of the fingers and of underdevelopment of chest muscle, according to the NHS.

Matt shared that he has “one pectoral muscle on the right side instead of two. The lower one is missing, but the upper one is fine and strong.”

When he was the frontman of Bros, he used to “pose covering that side of [his] chest”.

However, the star has credited Strictly Come Dancing for helping his posture, and plans to reshoot campaigns.

Matt recently told the Daily Mail: “My posture has improved since being on Strictly. I want to say to the judges, you’ve made me want to improve this and be proud of my posture.

“I want to thank them. This is a journey for me – every week I am getting stronger.”

He went on to praise Strictly’s costume team, who had been “kind and discreet” when it came to outfit fittings.

Matt explained: “It has been one of my favourite things about the Strictly experience. The costume team were relative strangers at the beginning, but from the start, they’ve always been very kind and discreet – it has really touched me.

“If I get a jacket made it will pull on the right side more. I have it tight on my right so it counterbalances my left side. Slim tailoring is good for me and my fashion is determined by my chest shape.”

With three judges voting to save Kym and her partner Graziano Di Prima, it meant they had won the majority vote and would be staying in the competition regardless, however, head judge Shirley also said she would have saved them.

Matt shared his thanks to his 130,200 Twitter followers after being voted off Strictly the evening before.

He wrote: “Just taking the day to decompress. I came on social media not knowing what to expect and I am completely humbled, and to be honest with you, very emotional at the outpouring and kindness that I have received.

“We are all complex, thank you for recognizing my heart.” (sic)

Matt recorded his Christmas single The Beautiful Unknown with RPO at Fairfield Halls in Croydon yesterday. For more information please visit his website