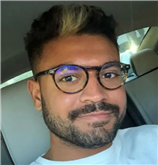 The world of entertainment has lost a beloved personality.

Mat George, who co-hosted the very popular podcast She Rates Dogs, died in the early hours of Saturday, July 17.

The late star’s colleague and co-host, Michaela Okland, confirmed her friend’s passing in a statement she wrote on Twitter.

“I would rather you guys here [sic] this from me than a news article,” Okland began her post.

“Mat was killed in a hit and run last night.

“I don’t really have any other words right now.

“I wish I could contact everybody who knows him personally but the news is already out and I just can’t do it right now.”

“Thank you to everybody who’s reached out, I’m really sorry but I probably won’t respond for awhile even if we are close.

“And thank you so much to everybody telling stories and sharing how he impacted you.

“Whenever you think of him in the future, please do talk about him”

According to a Los Angeles CBS affiliate, the Los Angeles Police Department reported that a pedestrian was struck by a white BMW and killed in a hit-and-run while walking in an unmarked crosswalk.

The incident took place on Saturday around 2:20 a.m. in the Beverly Grove area of Los Angeles.

Authorities said the victim was pronounced dead at the scene.

On their podcast, George and Okland discussed “the journey and the mishaps of dating men,” while also providing “modern relationship and life advice.”

She wrote that the pair “recorded one more episode that was meant to come out Tuesday but it will likely be put on hold.

“I know in years to come I’ll feel so lucky that there’s so many recordings of Mat’s laugh to revisit.”

“I am not ready to talk about everything, or to have to use past-tense to describe him. I think you all knew within 10 seconds of listening to him how vibrant, loving, accepting, and wonderful Mat George is.

Reflecting on the impact his fans had on his life, Okland wrote that “so many of the kind messages I’ve gotten note the fact that you all ‘didn’t know mat in real life,’ but everybody who supported him truly meant more than you realize.”

“He’d send me screenshots of your sweet messages, he shed tears when people told him he had helped them through issues (especially LGBT+ related).

“He referenced DMs from you all the time and how much it made his week & fueled his joy. You really did know him.

“He shared so much because he felt the people who listened to him were his friends.”

In an interview with Shoutout Arizona last year, George — who chose to pursue comedy/entetainment after studying biology in college — stressed the importance of sharing his life as a gay man with listeners and fans.

“Growing up and being in the closet, I never knew anyone or heard about anyone who had similar experiences and fears that I had,” he said at the time.

“The most rewarding moments are when members of the LGBTQ+ community reach out to me and tell me what a difference I’ve made in their lives.”

Celebrities Who Died In 2021: In MemoriamStart Gallery

We send our condolences to the friends, family members and loved ones of Mat George.