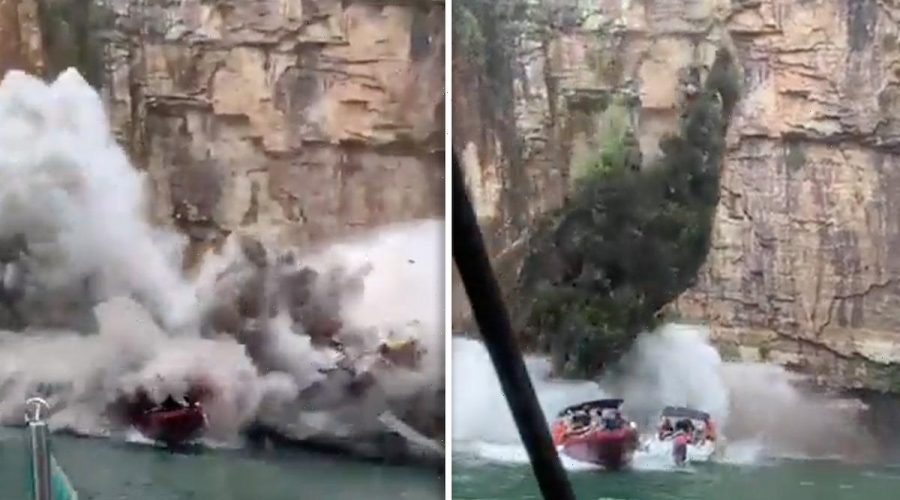 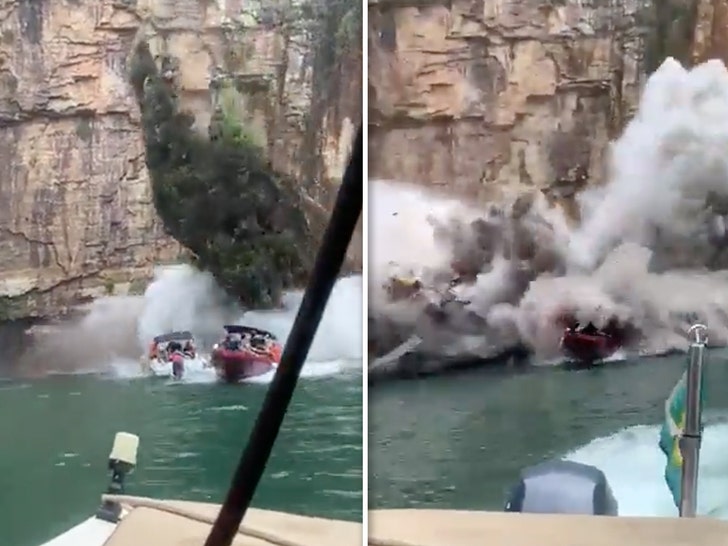 A horrendous tragedy unfolded in Brazil Saturday, after a massive rock formation came loose over a lake, careening into the water … killing at least 7 people.

The video is terrifying … literally, a side of a mountain cascaded down onto 4 boats in Minas Gerais. You hear boaters scream in disbelief, as the rock formation makes contact with the boats, hurling them into the air. Two of the 4 boats hit sank.

The collapse was thunderous … as thousands of pounds of rock and debris hit the water. It’s all the more horrifying that it was by all accounts a serene day and you see the boaters relaxing and enjoying themselves until disaster suddenly struck. 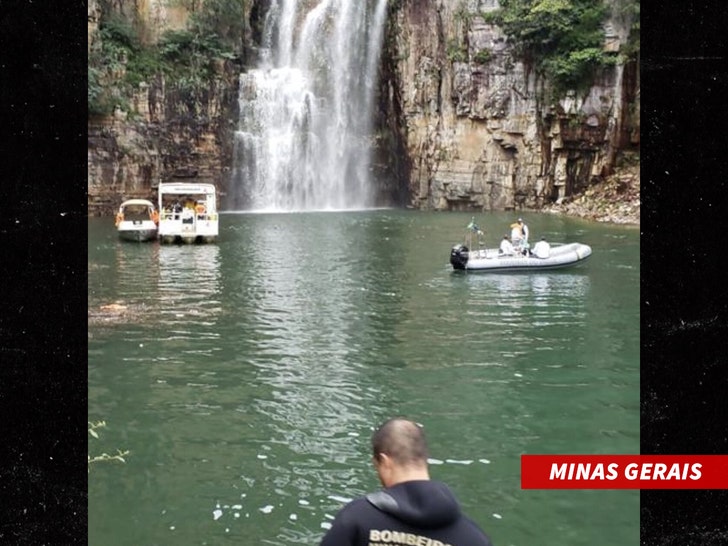 In addition to the dead, around 30 people were injured.

There were heavy rains in the area, and authorities are now speculating the torrent of water may have been the cause of the mountain collapse.

There are still 3 people missing.