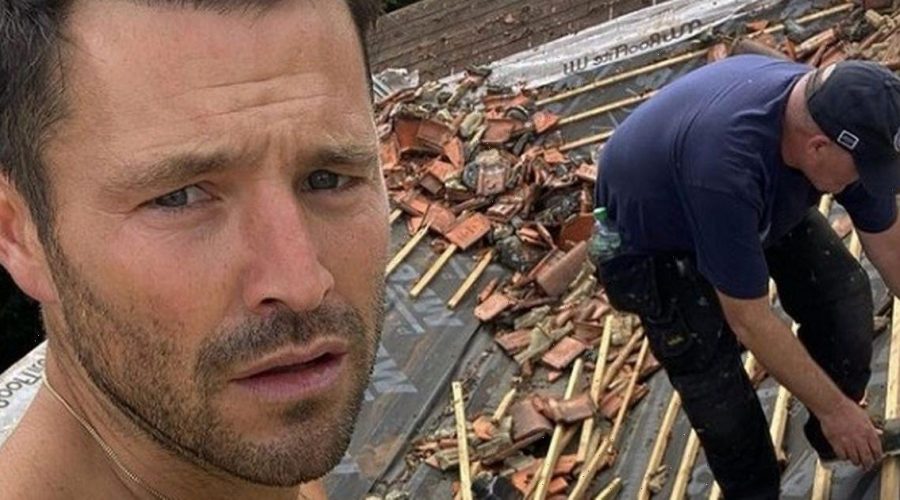 Former TOWIE star Mark Wright has opened up about a “big decision” he and wife Michelle Keegan had to make on their new £1.3 million home to fix a perspective issue.

Jumping on Instagram to share the story, 34 year old Mark detailed the need to cut down on space in his attic bathroom and bedroom to fix the problem.

Mark told his fans that a gable in the centre of the loft space was off centre because of the placing of the walls.

To try and better create a centre perspective to the room, Mark and partner Michelle had to make sacrifices.

He said: "So we had a big, big decision to make last week.

"Basically, this gable didn't look central because there was a wall coming up here, so it cut off there. And that wall is over there.

"So what we've had to do is knock that wall down, move that steel from there, to there so this bathroom annoyingly becomes smaller but I get that centre effect.”

The goal of the centre effect is to ultimately have a chandelier hanging perfectly within the space of his home.

He continued: "It's been a lot of hassle but it had to happen. That means we can now have a chandelier hanging from there. Chandelier companies hit us up.

"So that can hang all the way down, we can get that straight effect there and once all this is moved – because that's all there for this to be plastered – you can actually see all the way to the bottom.

Mark and his wife Michelle have spent £1.3 million on the Essex property, demolishing the home that was there previously so that they could custom build a dream home for themselves.

The previous property was a mock Tudor building while the pair's current design is moving towards a Georgian manor style home with a Love Island styled garden.

Fans have been able to get in on the design process as they previously uploaded six different images of marble bathrooms and asked fans what one they should pick.