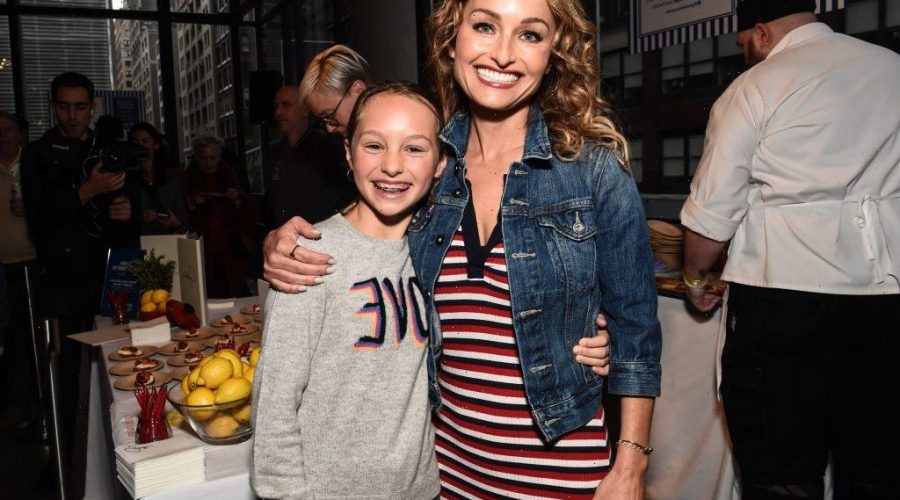 Mother’s Day is almost here and what better way to surprise Mom than with a fun recipe the kids can (almost) make all by themselves. Giada De Laurentiis’ Baked Macaroni and Cheese Cupcakes fit the bill.

The chef, who’s also a mom to her now-teenaged Jade, created the perfect recipe for little hands to help make and for the whole family to enjoy.

The Giada at Home star told Williams-Sonoma in 2013 that once her daughter Jade was born in 2008, her approach to food adjusted.

“Having Jade changed my approach to food completely!,” she said. “Once I found out I was pregnant and ‘eating for two,’ it was so easy for me to kick all the junk food to the curb and get excited about eating for my health! I still indulge now and then but my approach to food is totally, happily, different!”

The popular chef even wrote a cookbook series in 2013 just for kids with engaging recipes that makes discovering new foods a true adventure. The series takes young readers on culinary journeys through Naples, Paris, Hong Kong, and New Orleans.

“Jade inspires all of my projects, but I specifically wrote my new kid’s book series Recipe for Adventure just for her,” she shared. “She’s not quite old enough to read yet, but when she is, I have a whole collection of stories for her to read based on me and my brother’s adventures together.”

Proving that just about anything tastes better in a muffin tin, De Laurentiis‘ savory mac and cheese cupcakes are clever, cute, and kind of healthy. The author and television personality uses low-fat turkey or chicken meat in the recipe and adds vegetables, too, for a well-rounded dish.

How to make De Laurentiis’ fun and savory pasta cupcakes

Cook the ground turkey, adding salt and pepper until it’s cooked through, then set aside.

Prepare the pasta, then once it’s cooled, mix it with the cooked turkey and the cheeses.

Here’s where little ones can take over: De Laurentiis notes that the pasta/meat/cheese mixture can now be spooned into the muffin/cupcake tin cups, followed by a few pieces of the vegetables in each cup. Sprinkle with more breadcrumbs and olive oil.

Place in the preheated oven for 15-20 minutes or until the tops of the cupcakes are golden brown. Make sure they cool a while before removing from the molds, and enjoy!