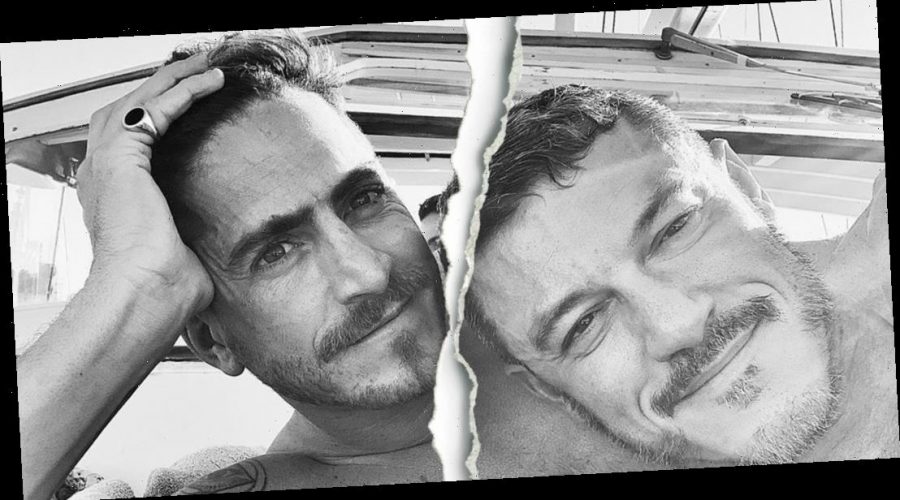 Say it ain’t so! Luke Evans and his boyfriend, Rafa Olarra, have called it quits after less than one year of dating.

Evans, 41, confirmed the news during a recent interview with the U.K.’s The Times. “It is what it is,” the Alienist actor said after months of speculation about his relationship status.

Fans began to wonder whether the duo had split in October 2020 when the Beauty and the Beast star unfollowed the Chile-born former footballer, 42, on Instagram. Evans also removed photos of Olarra that appeared on his profile.

Olarra, for his part, still has one recent photo of Evans on his page that he posted in September 2020. In the shot, the Three Musketeers star is pictured smiling upward as he stands on steps. “Missing this devilish smile 😉 🧛 🖤,” the art director captioned the sweet snap.

After the breakup speculation surfaced, they both refollowed each other on Instagram.

Evans and Olarra went public with their romance in February 2020. At the time, the Murder Mystery actor shared a video of the then-couple laughing together during a Hawaiian getaway.

“He loves my welsh humour …. no, honestly!! He does!!” he wrote, adding the hashtags “Hawaii memories” and “happiness.”

Prior to their relationship being confirmed, Olarra made appearances on Evans’ Instagram page. The Welsh star posted a photo of the pair running together in January 2020. Earlier that month, he uploaded a shot of the duo and their pals celebrating the new year in Miami with a boat trip. The snap, in which the now-exes are seen standing beside each other, still remains on Evans’ account.

Evans has typically kept the details of his personal life private. However, early on in his career, the Girl on the Train actor spoke about being open with his sexuality.

“Everybody knew me as a gay man, and in my life in London I never tried to hide [that],” he told The Advocate in 2002. “I knew I was going to have to do interviews with gay magazines; I knew this was going to happen. So, I thought, ‘Well, I’m going to have to be open.’ It’s who I am. And if people don’t like it, then I don’t want their jobs. I’ve never been a very good liar.”

Years later, Evans spoke with The Jackal Magazine about how he didn’t believe his love life should impact his career. “Talent, success, what you do in your personal life – I don’t see how one should have an effect on the other,” he said in 2017. “I don’t think I’d be in this business if I felt that I was not being employed because of who I am in my personal life.”

01/12/2021 Celebrities Comments Off on Luke Evans and Rafa Olarra Split After Nearly 1 Year of Dating
Recent Posts
We and our partners use cookies on this site to improve our service, perform analytics, personalize advertising, measure advertising performance, and remember website preferences.Ok