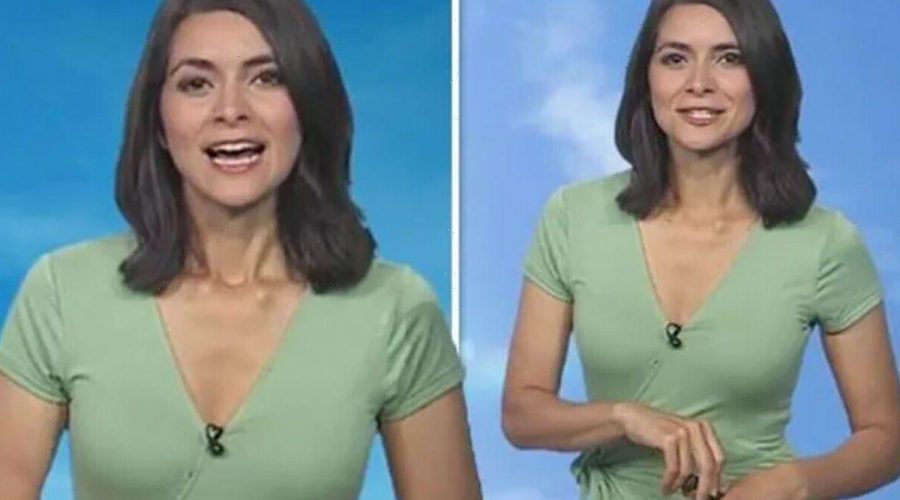 Lucy Verasamy stuns in a sparkly ensemble for weather forecast

Lucy Verasamy, 42, took to Twitter today and gave her followers an update on the heatwave which has swept much of the UK. The ITV meteorologist shared a weather forecast map that showed parts of England had been issued with an extreme heat warning.

The ITV favourite, who boasts 172,000 followers, tweeted: “Another month. Another heatwave. Temperatures close to +35C for the 3RD time this summer & turning humid.”

Lucy followed up: “A lot of grumpy replies today. Maybe the heat is getting to some people.”

It comes after a slew of social media users took issue with Lucy using the weather graphic as they flocked to comment on her post. 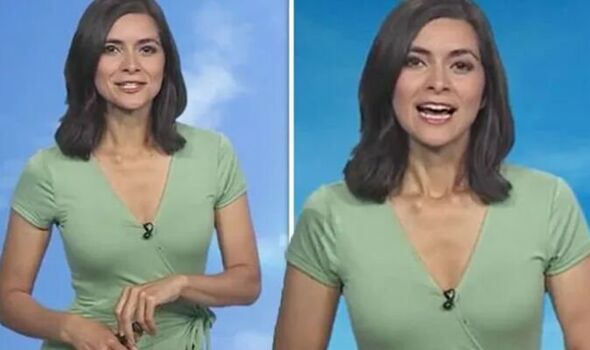 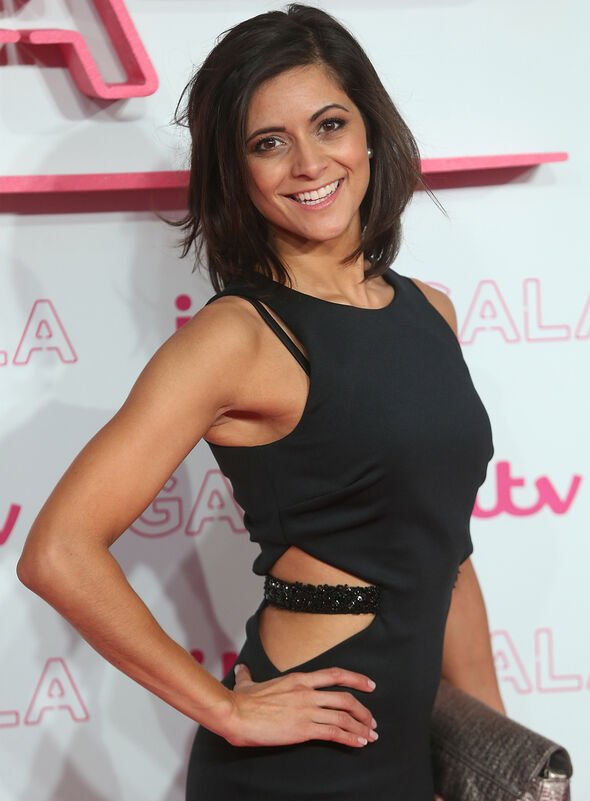 Lucy replied: “The most overused word of the summer.”

“I didn’t say it was. We’ve had the same colours on our map for years,” Lucy fired back. 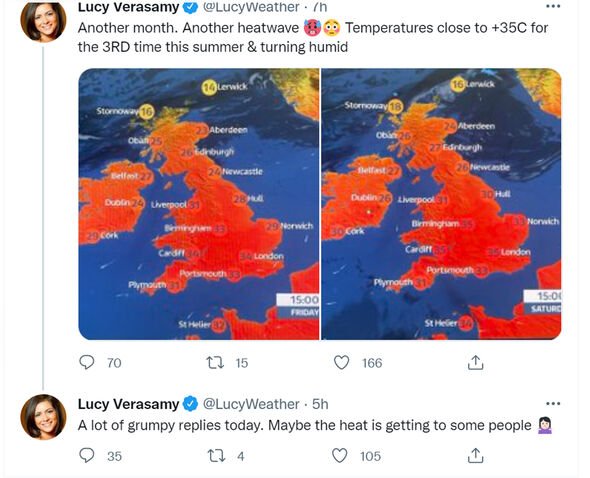 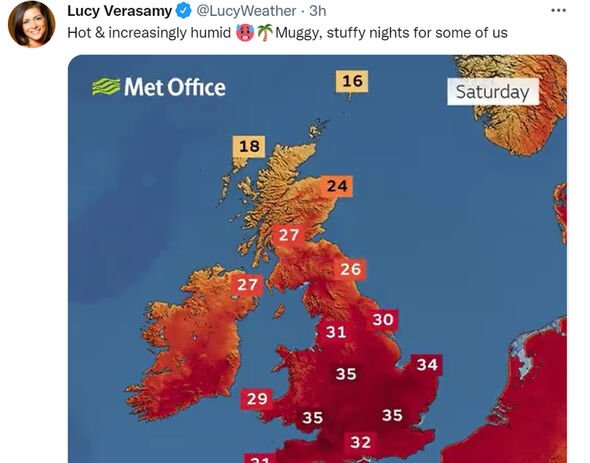 Lucy responded: “Huge sensitivity to weather graphics – but only this year. Graphics we’ve used for a decade.”

@Steveo28 said: “Just like 30 years ago when I was a kid exactly how I remember it…wait sorry it was just called summer back then.”

The ITV weather forecaster then followed up with another post as she warned of humid nights to follow.

Lucy penned: “Hot & increasingly humid. Muggy, stuffy nights for some of us.”

The meteorologist replied: “I didn’t say otherwise. I mentioned humid & muggy as that can’t be shown on a map.”

Lucy’s post comes after an official drought was declared as low-water levels and dry conditions continue across the UK.

Eight parts of England, including Devon, Kent, East Anglia and Lincolnshire are affected.

Large swathes of England are bone-dry, with scenes of parched earth and grass turned yellow.

It comes as the prolonged dry weather – combined with the current heatwave and July’s record-breaking temperatures – have depleted rivers, reservoirs and aquifers.

The decision to declare a drought was taken after a meeting of the National Drought Group – made up of government and agency officials, water firms and groups including the National Farmers’ Union.