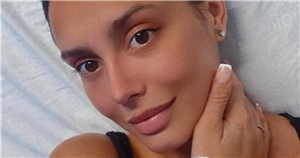 Tyla Carr has shared a snap of herself in hospital after contracting kidney abscesses from a UTI.

The Love Island star revealed that she had suffered with the common urinary tract infections “for years” some of which led to kidney infections.

The 27 year old penned a lengthy caption to raise awareness of the symptoms of UTI’s to keep an eye out for.

She began: “For years I've suffered with UTI's aka Urinary Tract Infection. In the past they have lead to kidney infections, of which the doctor has said, if left can be fatal.

“I got them regularly and ended up in hospital for 10 days with it leading to 2 abscesses on my kidneys.”

The mother of one admitted that she tries to “get rid of them” by herself without any medical support as she thinks she is “super woman”, opting for medical remedies instead.

“I now have had PID aka Pelvic Inflammatory Disease after having left the UTI for too long,” she began. “I only get one minor symptom; I think I'm super woman and I try and get rid of them on my own.”

“Antibiotics aren't good if you keep taking them and it can harm you gut which can lead you to have more.

“I need to listen to my own advice but doing all the natural remedies along with ZERO alcohol when I have one brewing is the only way forward.

“I went so long without one and now I'm back to square one. So stick with it and look out for anything else that could be causing the UTI's.”

The reality star then shared some of the most common signs and symptoms of the infection to encourage people to spot the signs and treat them early.

Tyla does admit she is not a medical expert, but is simply sharing from her own experience to help other women who might unknowingly be suffering with this form of bladder infection.

“I am NOT a doctor, you need to run these past your GP,” Tyla added.

“I am only sharing my experience to try and get a wider opinion on the matter. Us girls have enough to deal with, so don't put up with this, it can affect you long term and leave you feeling run down. Boys this also applies to you but seems to be much less common.”

She finished the caption with a call for any remedies that might help her through the kidney abscess.

Stay up to date with all the latest on Tyla Carr by signing up to OK!'s daily celebrity newsletter .