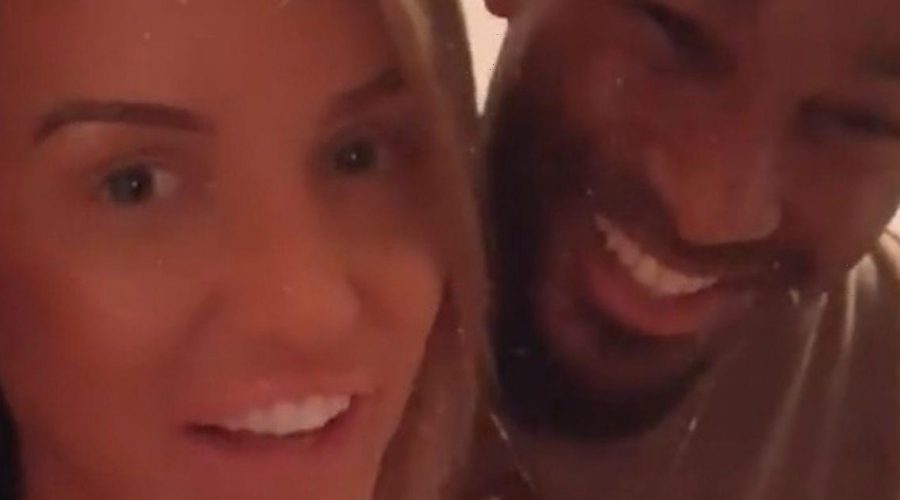 Love Island stars Faye Winter and Teddy Soares have made their return to social media after leaving the villa.

Posting their first video from a hotel room together, Faye and Teddy celebrated getting their phones back and prepared to return home to the UK.

Holding the phone as she filmed herself, Faye said: “So me and Teddy have just got our phones back.”

Teddy then enters the shot behind Faye and greets their fans in the video that he would later share to his own Instagram story.

Faye continues: “And we just want to say a huge thank you to everyone that supported us,” with Teddy adding: “Thank you very much guys!”

“And we will see you all in the UK,” she finished as she blew a kiss to the camera.

Teddy has since been keeping fans updated as the pair make the journey home, sharing a video from the car ride to the airport where he had Faye pose for a photo before she realised it was recording.

Faye stuck her tongue out for the expected snap before Teddy gave the game away by saying: “On the way home people”

Faye was shocked and began laughing as Teddy laughed with her.

The pair were later snapped by villa housemate Toby Aromolaran at the airport where he jokingly pretended to be a fan spotting them in the wild.

Faye and Teddy came third in the Love Island final after an explosive relationship left things uncertain after Teddy was seen flirting in Casa Amor, causing Faye to get so angry at him that the show broke records in Ofcom complaints about her behaviour.

Ever since the outburst, fans have been divided, with some even criticising Faye for what she apparently whispered to Teddy in the final.

Teddy waved to the cameras as Faye whispered something to him, causing some fans to believe she had belittled him for the move.

One wrote: "Did anyone else see Faye try to belittle Teddy when he was waving when Laura was introducing them or am I actually losing my mind."

Another tweeted: "Why are you waving? Even in her final moments Faye is insufferable!!!!"

For the latest Islander news, sign up to OK!'s Factor 50 newsletter.