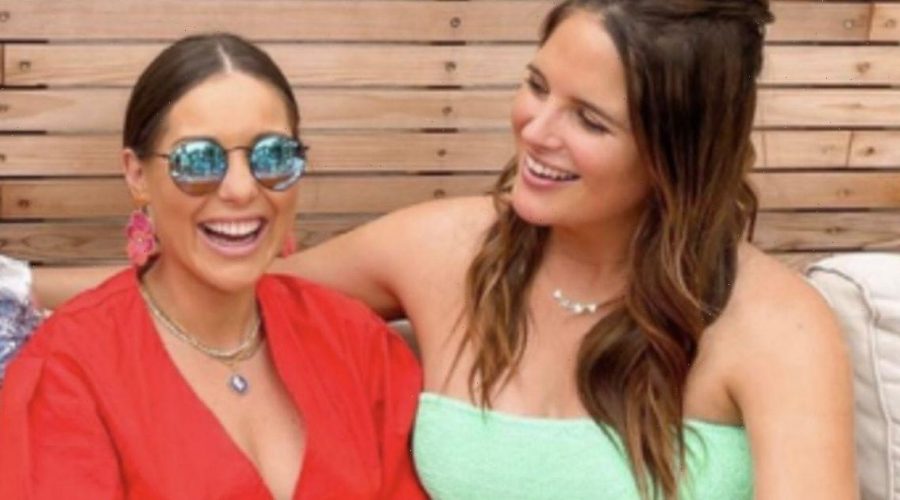 Louise Thompson will be missing her best friend Binky Felstead 's wedding in Greece this week amid her health battle.

The 32 year old shared the sad update on Wednesday as she spoke about how she’s been coping back home following her recent stint in hospital.

Louise has been battling mental health issues, which include PTSD, since the traumatic birth of her son Leo shared with fiancé Ryan Libbey last November, and has been open about her psychological struggles on social media ever since.

Posting a selfie at home wearing a long red shirt dress, the former Made in Chelsea star looked solemn as she addressed missing Binky’s upcoming wedding.

Louise wrote: “Also feeling quite pants because I’m missing my beautiful besties wedding in Greece this week, due to a boring hospital infusion tomorrow and other non negotiable medical appointments this week. I love you @binkyfelstead."

Fellow ex MIC star Binky is set to wed her partner Max Darnton in Corfu, and jetted there earlier this week to complete the ceremony preparations.

Binky, 32, and Max, 31, officially tied the knot in a secret civil ceremony last June, less than two months after the birth of their son, Wolfie.

Louise and Binky have been best friends for years so her missing out on the wedding must come as quite the blow.

The troubled star opened up more to her 1.4 million followers as she spoke about finding this morning “hard” back at home. Louise wrote in another post: “I’m trying to lower my mirtazapine dose. I really just want to stabilize my body and brain naturally.

“This morning I feel all over the place. I feel really dizzy and confused and quite outer body. Like I don’t know where to place myself. I can’t sit down or think straight. I feel like my nervous system is malfunctioning. Thank goodness Leo is at nursery rand I have Ryan.”

Louise called for her “old brain back”, as she added: “Sometimes I think how the heck did this all happen to me? give me my old brain back. I beg of you.”

Despite having a bad morning, the star shared that she felt “comfortable” opening up about her mental health battle on social media.

Louise wrote: “I feel a great sense of comfort and connectedness sharing on here. I feel a sense of safety, like nothing can go wrong because we’re all in this together. So I hope you don’t mind, but I’m going to stick with it.”