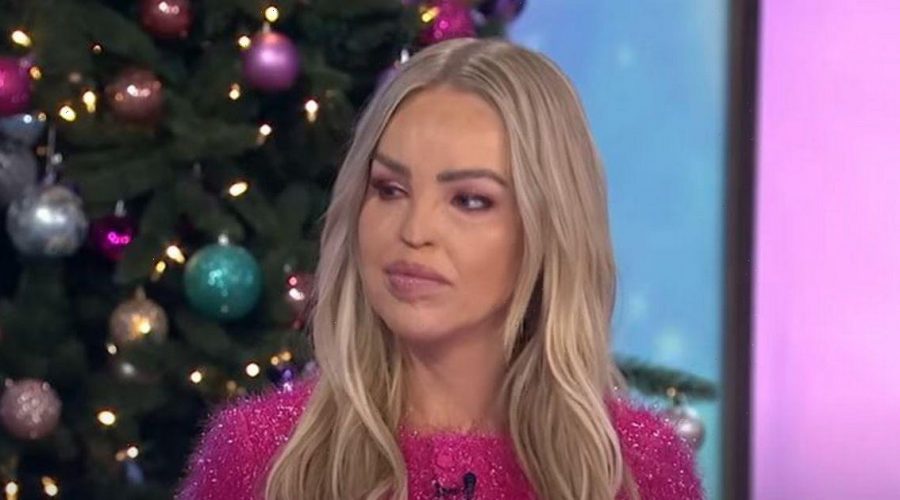 ITV’s Loose Women has been hit with over 50 complaints from viewers after some took issue with comments made by panellist Katie Piper.

During a recent episode of the popular panel show, Kaye Adams, Katie Piper, Judi Love, and Nadia Swahala sat down to discuss whether parents should impose their lifestyle on their kids.

The segment pertained to a recent story about a mum who transformed her house in tribute to the Addams Family following the release of Netflix’s Wednesday, starring the likes of Catherine Zeta-Jones and Jenna Ortega.

The viral TikTok saw American mum Rebecca Hardy, who is married to former WWE wrestler Matthew Moore Hardy, show fans a “day in the life of a gothic baby” while showing off the dark interiors and macabre decor.

While most fans on TikTok took the video as a bit of good fun, Katie Piper, 39, passionately criticised the mother and her parenting style.

"I'm just going to put it out there it's giving me satanic vibes, it's giving me bad energy, it's toxic, I don't like it and also it's a baby,” she added.

"The cots are tomb. You can't put your baby in a grave."

Katie’s comments sparked 60 complaints to Ofcom, according to the Mirror, with fans of the show also flocking online to share their thoughts.

On Twitter, one wrote: “Lost all respect for Katie Piper after her comments on Loose Women.”

“Goths are some of the nicest people, often more accepting of others and super friendly. Shame on you @loosewomen, especially @KatiePiper_ for spewing rubbish on such a platform, encouraging ridiculous stereotypes about a wonderful community,” another scathed.

The coverage was also not missed by mother Rebecca, who posted a follow-up TikTok addressing the comments.

First of all, the mum revealed that the entire thing is a “skit”, which is essentially a small comedy scene, while also showcasing that her house is not all “black and dark” as Katie had claimed.

She continued to say that it feels like “an attack on some different” while also branding the criticism as “crazy” and calling the ladies a “panel of misinformed people who associate colour with religion.”

Fans seemed to agree with Rebecca, with one penning: “I love your home, its beautiful.”

“They’re praising sad beige but judging goth??? I’ll never understand normies & their desire to be BORING!!!” another said, with a third adding, “I am so disappointed in loose women! they’ve done zero research! you keep doing you! gothic baby is one of the cutest things on tiktok!”