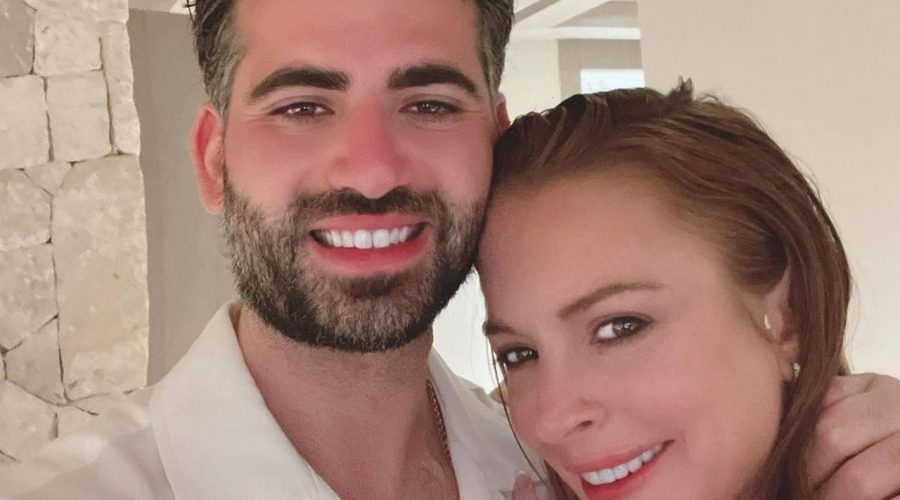 The ‘Mean Girls’ actress, who announced her engagement to the Dubai-based financier in November 2021, takes to social media to inform her online devotees that they have secretly tied the knot.

AceShowbiz –Lindsay Lohan is now a married woman. The “Mean Girls” actress revealed that she has married her fiance Bader Shammas months after announcing their engagement.

The 36-year-old beauty took to her Instagram account to share the happy news. Alongside a photo of herself and the Dubai-based financier, she wrote, “I am the luckiest woman in the world. Not because I need a man, but because he found me and knew that I wanted to find happiness and grace, all at the same time.”

“I am stunned that this is my husband,” she further gushe. “My life and my everything. [heart emoji] every woman should feel like this everyday [heart and prayer emoji] (sic).”

A representative for the actress subsequently confirmed to Entertainment Tonight that the loved-up couple is now legally married.

Lindsay announced her engagement to Bader in November 2021. At that time, she posted a photo of her sparkling engagement ring. In the accompaniment of the post, she raved, “My love. My life. My family. My future. @bader.shammas #love [ring emoji] (sic)”.

Lindsay, who shot to fame as a child and has spent time in rehab due to alcoholism, previously revealed what she was looking for in a man. She explained in 2019 that she was seeking someone who didn’t crave the spotlight and was successful in their own right.

“[I want] someone who hates the spotlight. No, seriously, someone who doesn’t have Instagram. [And] a smart businessman,” the Hollywood star elaborated. “I haven’t met anyone that’s hit those [marks].”

Lindsay also insisted she wouldn’t turn to dating apps in her bid to find love. The actress explained at the time, “It’s great for people that it works for and that love it but, no, it’s not for me, personally.”