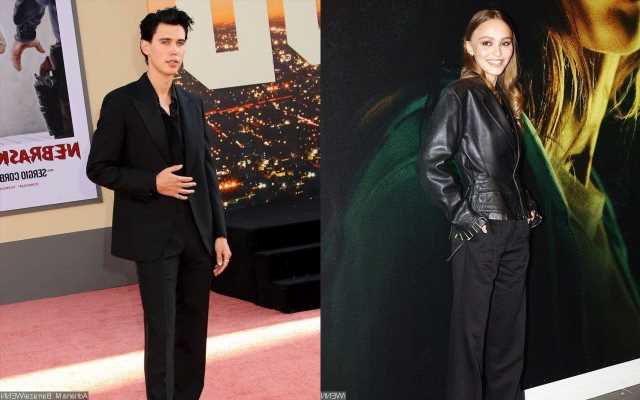 After enjoying a dinner date and having a casual stroll in London, the new couple is spotted leaning against the wall and sharing more kisses and hugs as they wait for their taxi.

AceShowbiz –Lily-Rose Depp is going public with her new romance. During a casual stroll in London, the daughter of Johnny Depp and Vanessa Paradis was spotted kissing passionately with Austin Butler in public.

In photos obtained by DailyMail.com, the 22-year-old beauty could be seen locking lips with Austin after enjoying a dinner date on Sunday, August 8. At one point, the new couple leaned against the wall while waiting for their taxi and snuck in a few more kisses and hugs. In other snaps, “The Shannara Chronicles” actor was spotted putting his arm around “The King” actress while they went for a walk.

For the outing, Lily-Rose kept it casual in denim jeans and a black sweater. The “Voyagers” actress accessorized her look with a round white bag. In the meantime, Austin sported lighter jeans and a tan Carharrt bomber jacket. The two were also photographed strolling along the river, with the “Once Upon a Time in Hollywood” actor’s hands around the shoulder of his new girlfriend.

Lily-Rose previously dated actor Timothee Chalamet. The twosome was together since 2018 after they met on the set of Netflix’s historical drama “The King”. In 2019, the two were spotted passionately making out aboard a yacht in Italy. Though the twosome never publicly confirmed their relationship, the couple reportedly split in April 2020 after two years of dating.

However, in April 2021, Lily-Rose and Timothee sparked reconciliation rumors after they were spotted together in New York City. At the time, the former couple was photographed stepping out separately in downtown Manhattan.

The young stars opted for a casual look, with Timothee wearing a white hoodie under a dark blue coat that matched his trousers and black sneakers. He also wore a striped colored beanie hat, a black face mask and wireless headphones.

Lily-Rose, in the meantime, wore a tan hoodie with the hood peeking out of a black puffer coat and light blue jeans. To complete her look, she added white sneakers, a maroon face mask covering her nose and mouth and a pair of sunglasses perching at the top of her head.