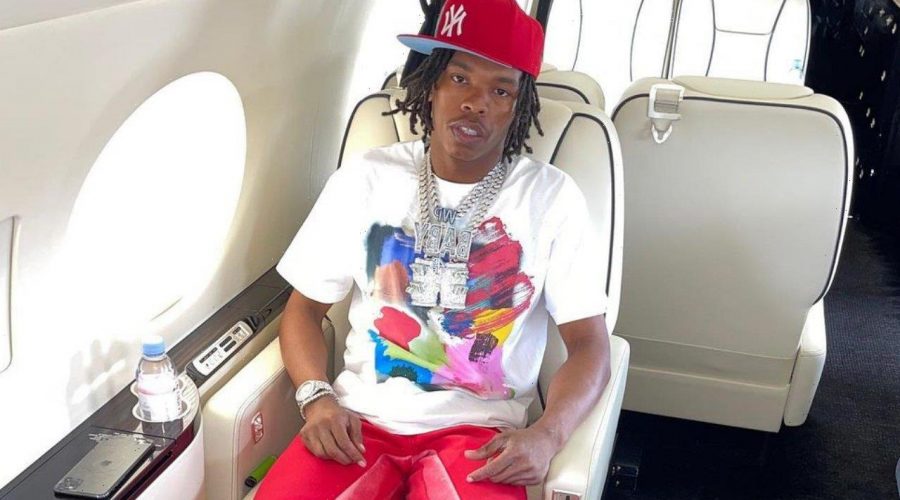 The 26-year-old ‘Sum 2 Prove’ rapper, who is no stranger to giving back to his neighborhood, earns praises and compliments from his online devotees for his generosity.

AceShowbiz –Lil Baby presses on with his philanthropic efforts. The “Sum 2 Prove” rapper, who is no stranger to giving back to his community, hosted a back-to-school drive in Atlanta where he donated laptops and clothes to kids from his neighborhood.

In some videos surfacing online on Monday, August 9, many people could be seen taking some clothes that were provided at the event. Another clip saw two young boys who expressed their gratitude to the 26-year-old MC. “I wanna say thank you to Lil Baby for giving me and my brother these laptops,” one of the kids said to the camera.

Fans have since praised Baby for his charitable act. “lil baby doing it right !!! Much respect my dude …!” one user gushed, before another added, “Lil baby is one of the realest rappers out there.” A third commented, “They’re gonna remember that forever.”

This was not the first time Baby offered some aids for his community. In June, he bought all of the shoes at a local Footlocker store for families in his hometown. After a video of him leaving the store with the sneakers made its way online, he clarified on Instagram Story that the giveaway is just light work for him.

“Buying shoes ain’t what I mean by saving community or giving back!!” he said at that time. “That was some s**t I did cause I seen a lot of them had on flip flops. When I say save community, I mean centers, programs, jobs. You can’t imagine the s**t I don’t post.”

In November 2020, the “Emotionally Scarred” spitter announced that he’s going to donate the $1.5 million he made from his single “The Bigger Picture”. At that time, he tweeted, “I got 1.5 million dollars to donate off of ‘Bigger Picture’ I want the money to go we’re it’s needed,” before adding in a follow-up post, “I don’t want to donate to just any organization but I will be letting my fans kno exactly we’re the money goes.”