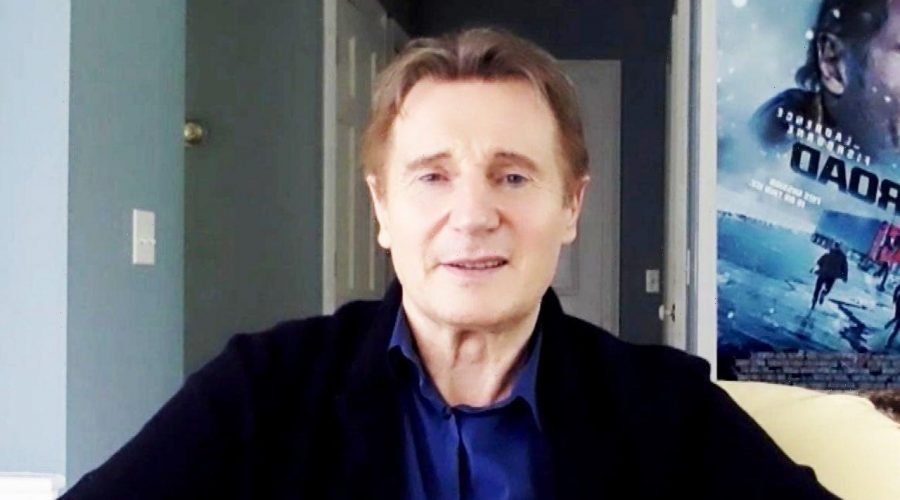 Liam Neeson’s action movie days aren’t behind him just yet. ET’s Lauren Zima speaks to Neeson and his The Ice Road co-star, Amber Midthunder, on Thursday’s episode of Entertainment Tonight, and the 69-year-old actor opens up about what he envisions for the rest of his career.

“I’ve been so lucky. It’s good,” he says of his action-movie success, which includes the wildly popular Taken franchise. “I like hanging out with these stunt guys. I like choreographing the fights.”

He likes it so much, in fact, that he has two more action-filled flicks lined up in the future. What happens after that, though, is to be determined.

“After that I think it’s English romantic comedies, you know?” Neeson says, suggesting he’d like to play “something like a grandfather.” Midthunder, though, insists, “I wanna see him in a romantic comedy!”

While Neeson still needs to mull over his remaining career aspirations, for now, he and Midthunder are focused on their new Netflix film, The Ice Road.

The flick, which follows an ice driver who’s on a mission to save the lives of trapped miners, was shot on Lake Winnipeg. Neeson jokes that it wasn’t the “frozen” filming conditions that made the project a challenge, though.

“The only downside was having to act with Amber Midthunder again, especially because she’s playing a cool lead,” Neeson jokes of his co-star, with whom he appeared in The Marksman earlier this year. “That was a bit of a trial every day.”

“It’s hard to act with Liam, especially in an action movie. He’s not done many,” Midthunder quips in response. “… Aside from the fact that Liam and I hate each other, [making the movie] was fantastic. It was really good.”

Jokes aside, both Neeson and Midthunder had nothing but praise for each other, with the former calling the 24-year-old actress “a fantastic talent.”

“I feel intensely privileged to have experienced a movie like this,” Midthunder, who is Native American, says. “… Then, to be with these guys, [seeing] actually how these masters of what they do handle what they do… it was like a front row seat to a master class.”

“It means everything to me,” she adds of starring in the film. “… For me to be able to be here, and then to do something like this, and to be able to represent my people and Native women… it feels like that’s actually really what matters about my job.”

The Ice Road premieres Friday, June 25, on Netflix. Tune in to Thursday’s episode of Entertainment Tonight for more of ET’s interview with Neeson and Midthunder.