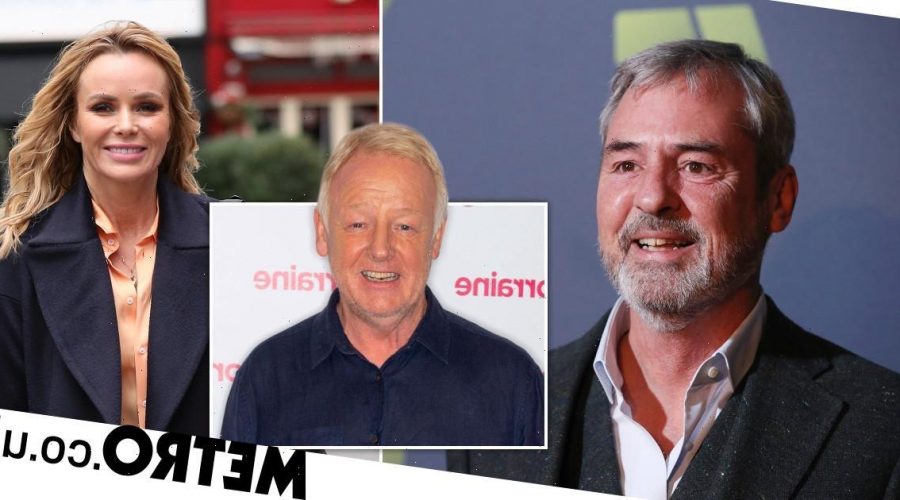 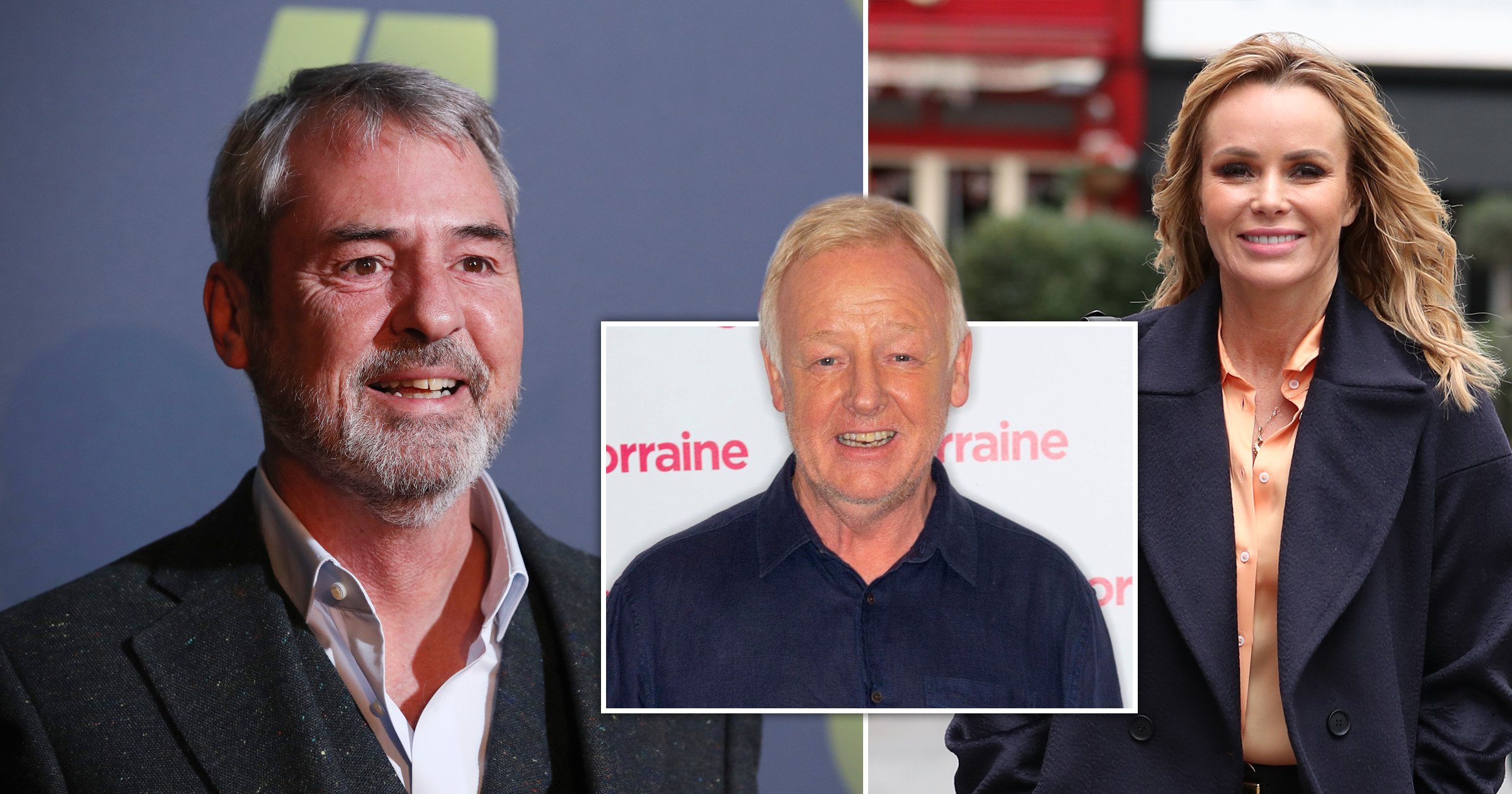 Les Dennis poked fun at his ex-wife Amanda Holden and her notorious affair with Neil Morrissey.

The TV star separated from Amanda in 2002, two years after she had a five-week affair with Neil after meeting him on the set of BBC drama Happy Birthday Shakespeare.

While it was a tough time for Les, he can now joke about the affair, and took a swipe at his ex while talking on Christopher Biggins’ podcast Show and Tell.

Family Fortunes star Les was chatting about his time in panto with Hollywood legend Mickey Rooney, who he starred alongside in a 2007 production of Cinderella at the Sunderland Empire.

Saying Rooney would be angry when Frank Sinatra’s Have Yourself A Merry Little Christmas was played in the theatre, the 67-year-old said: ‘Mickey would get very angry, because of course, Frank Sinatra ran off with Ava Gardner.’

Gardner married Sinatra in 1951, eight years after her divorce from Rooney.

Les quipped: ‘It would’ve been like me having to listen to Bob the Builder every night.’

Neil, 59, famously voiced Bob the Builder on the children’s TV show, and achieved two number ones voicing the character on Can We Fix It and Mambo No 5.

Les and Amanda married in 1995 when the gameshow host was 42 and Amanda was 24, having met performing in The Sound of Music, and five years into their marriage, the actress had a fling with Neil in 2000.

The couple broke up due to the affair, and briefly reconciled before splitting for good in 2002.

Speaking about the fallout from the affair, Amanda previously told the Mail: ‘I brought it on myself, I appreciate that, but nothing will ever be as bad again. It was a very dark time. It got to the point where I felt I could hardly breathe.

‘Les proved to be my saviour. Ironically. So the person I’d hurt the most in the world was the one who was there for me.’

She later said that getting a job on Britain’s Got Talent ‘liberated’ her from the backlash.

Meanwhile, in 2014, Neil apologised for how the situation was dealt with, but stopped short of apologising to Les for the affair.

Speaking on Piers Morgan’s Life Stories, the Men Behaving Badly star said: ‘I don’t think we could have avoided starting it but we could have dealt with it differently.

‘Amanda was having problems with her relationship anyway, as far as I was concerned. The ring was on the finger but the marriage was not really there.

‘That was my understanding at the time. We had a lovely time when we had that brief fling.’

Les went on to remarry in 2009, tying the knot with Claire Richardson with whom he shares two children, Eleanor, 13, and Thomas, 10; he is also father to a son, Philip, from his first marriage to Lynne Webster.