LeBron James and his wife had an interesting couples dinner date Monday — hitting up an NYC steakhouse with Carmelo Anthony and La La … and fueling rumors Melo’s coming to the Lakers.

Remember, we spoke with John Salley a few days ago and he implied he had some inside information about Melo coming to the Lakers before the NBA All-Star break in February.

So, when we saw these pics of Melo and Bron leaving Quality Italian steakhouse in midtown … made us think Salley’s intel might be pretty solid!!

Of course, LeBron and Melo have been friends for years — so, maybe they just wanted some quality meat and wine … but hey, maybe there was some shop talk too!

The Lakers are in NYC to play the Brooklyn Nets on Tuesday night. 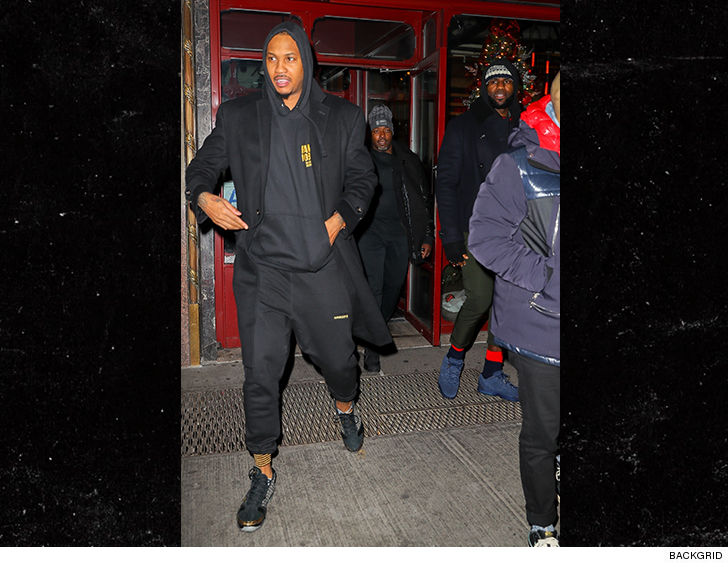 The other interesting thing about the dinner … Melo and La La seem to be in a pretty good place.

Back in October, La La told People she and Melo were still figuring out their relationship after separating in 2017 … but noted, “We’re good.”

Carmelo and La La got together about 15 years ago and have an 11-year-old son.