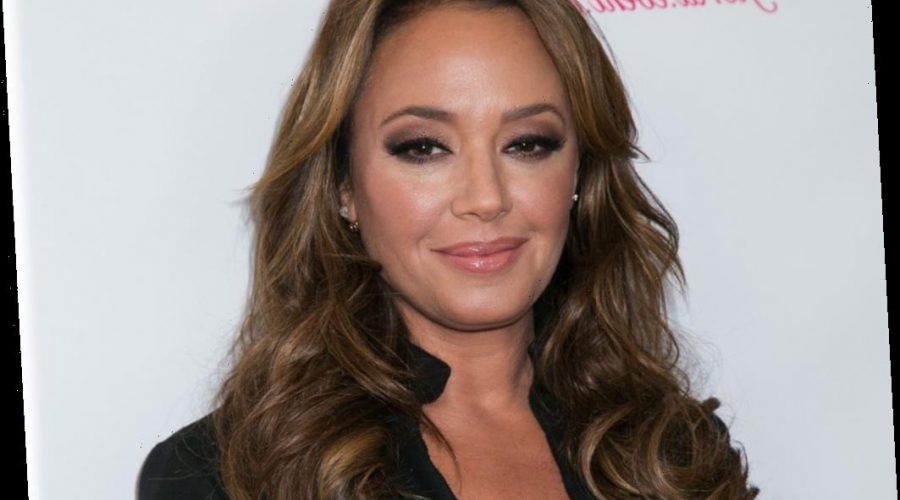 Imagine living your life in the public eye with thousands of fans hanging on your every move, analyzing every photo, pointing out your flaws. It can be difficult, even painful, to work in an industry so fixated on physical beauty while trying to maintain a healthy lifestyle and body image.

Gutsy, driven, and unapologetically outspoken, actor Leah Remini is no stranger to hard work or harsh criticism. Most recognizable for her role as Carrie Heffernan in the CBS series, The King of Queens, Remini was born into a normal, middle-class family in Brooklyn, New York on June 15, 1970.

Even as a child she had a gift for comedy and the desire to be an entertainer. Her stable home life changed drastically when her parents divorced in 1977 and her mother married Scientologist Dennis Farrara.

Remini, along with her older sister Nicole, was pressed into serving the New Age church as a child and adapted to a very different lifestyle that would ultimately lead her into the spotlight.

Remini, who left the controversial organization in 2013, credits it with giving her the poise and confidence to take on auditions at a tender age. At 14, she convinced her mother to let her drop out of traditional school and become an actor to help pay the debts she and her family had incurred in the process of their religious training.

It only took what she laughingly described as “an excruciating year” to land her first big role as the disowned teen, Charlie Briscoe on Living Dolls in 1989. “And I thought I had made it,” Remini said during a 2015 interview with ABC’s Dan Harris, “I was like thinking I’m going to buy my mother a plane, how do celebrities live? I want to buy a house.”

Little did she know, true stardom was still years away. The Who’s the Boss spinoff, which also featured Halle Berry in her acting debut, was canceled after only 12 episodes.

Not one to give up, Remini continued to audition. From 1991 to 1997, she landed small parts and a few leading roles in numerous shows like Man in the Family, Evening Shade, Cheers, and Fired Up. Catch up on the details of her extraordinary life and career on IMDb.

In 1998, she was cast in The King of Queens. The hit show ran for nine seasons and by season six, Remini and her husband, Angelo Pagán, were expecting their first child. Not ready to introduce a baby to the storyline, the network was tasked with hiding a big secret.

How ‘The King of Queens’ incorporated Leah’s real-life pregnancy

Celebrity baby bumps always draw attention and that can make life on the set more complicated. Strategically placed props and trips that take the characters out of the series for a few episodes are typically utilized to hide unscripted pregnancies. Oversized purses and baggy clothes are the usual choices, but Screenrant reports that giant guns were used to camouflage Christian Serratos’ belly on the set of The Walking Dead.

The strategy for hiding Remini’s pregnancy was a bit more challenging. Her jaw-dropping 80-pound weight gain was hard to miss. Along with the usual belly hiding tricks, the writers created a storyline to explain her changing physique. An unemployed Carrie spent a lot of time lying around in her bathrobe, presumable eating her feelings.

Remini talks about motherhood and her baby weight

Remini expressed her frustration with the public reaction to her weight gain in People. She said: “When you have a baby, and you are not blessed with a metabolism [such] that you can get back into your jeans the very next day, it becomes something to focus on. I don’t even blame the papers. They are making money from it. But the people who are buying it? … I just went on [the] Tyra [Banks Show]. She has a great campaign called ‘So What?’ I think it’s fabulous. It’s about sending that message — yeah, I’m fat, or yeah, I’m chubby, or yeah, I have stretch marks: So what! I love that message.”

Closer Weekly reports that Remini lost the baby weight with a lifestyle change and a healthy eating plan designed to correct hormonal imbalances that can make losing weight difficult. “I learned that you have to do something that works long term,” she said.

Publicity isn’t kind when stars gain or lose weight unless of course, they do it for a role. It’s safe to say that Remini gained weight for her most important role ever, motherhood.