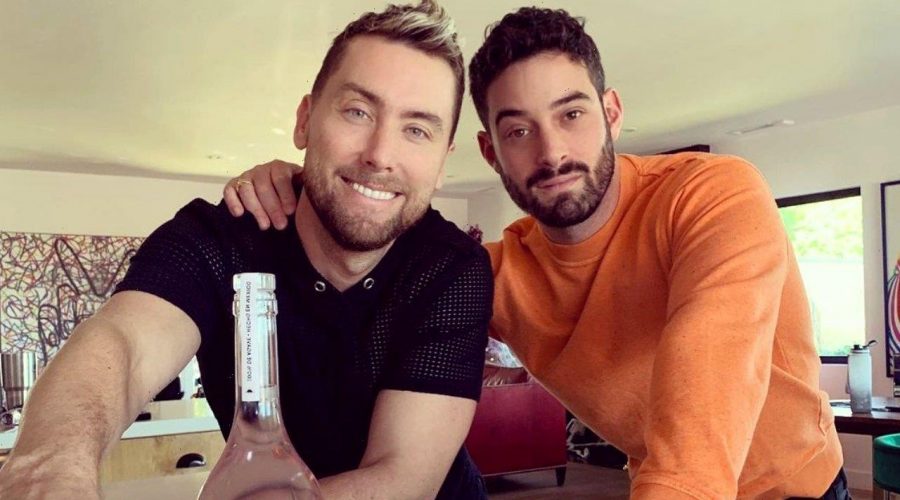 The NSYNC star shares the exciting news on his Instagram account, sharing a picture of their birth certificates while writing in the caption, ‘The baby dragons have arrived!!’

AceShowbiz –Lance Bass and his husband Michael Turchin are officially parents. The NSYNC star and Michael happily announced on Thursday, October 14 that they welcomed their twin babies, daughter Violet Betty and son Alexander James, via surrogate.

Lance shared the exciting news on Instagram, sharing a picture of their birth certificates. “The baby dragons have arrived!!” the singer wrote in the caption. “I can not express how much love I feel right now. Thank you for all the kind wishes. It meant a lot. Now, how do you change a diaper??! Ahhhhhhhh!”

Prior to this, Lance teased the arrival of his babies on Instagram Story. On Wednesday, he wrote, “Here we go,” along with a hospital photo of beds for “Baby A” and “Baby B” all set up.

Lance first announced the pregnancy on June 1, sharing with E! News that he and Michael were “very excited on becoming a family of four!” In an interview with PEOPLE, Lance noted, “We always knew that if we were going to start the family, we wanted to go for twins just because Michael’s a twin–he’s a boy/girl twin. And he just loved that experience.”

“I always wanted to have a twin, but we’re like, ‘Well, that’s so perfect because now we can do one of mine, one of yours.’ It was a no-brainer!” so the singer continued.

It took years for the couple, who got married in 2014, to find egg donors as they went through nearly a dozen rounds of IVF and their surrogate suffering a miscarriage. The ongoing COVID-19 pandemic further made it hard for the couple. Thankfully, the journey ended in joy with the birth of their little bundle of joy.

“There are not many great examples of gay couples having families in the public eye,” Lance said. “We knew that we wanted to be very open and transparent with our experience because we wanted gay couples to be able to relate to us and say, ‘Oh my gosh, we’re going through that too.’ Or like, ‘Oh, now that’s, hopefully, what we can do.’ And give them a kind of a blueprint of how to do it. If you want to start that family, start that family. It’s going to be incredible.”