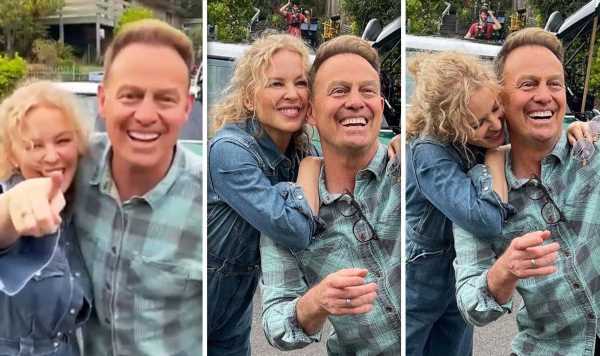 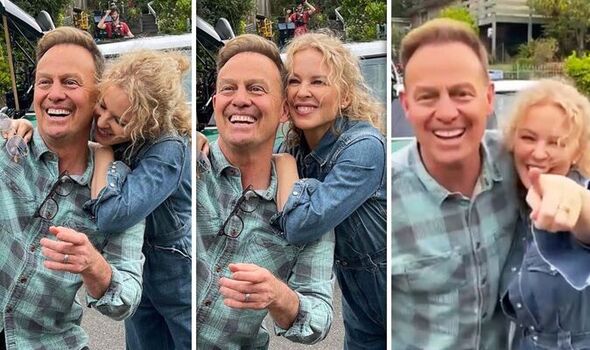 Kylie Minogue, 54, and Jason Donovan, 54, have shared photographs from their reunion on the Neighbours set after they left the soap 34 years ago.

Kylie and Jason have reprised their roles as Scott and Charlene for Neighbours’ final episodes, which will air this month.

The on-screen couple donned similar outfits that their characters would have worn during their 1980s heyday. Kylie sported a denim boiler suit and wore her hair naturally curly.

Jason took selfies with the popstar while he wore a green checked shirt and dark jeans.

Sharing the photographs to Instagram, Jason penned: “So good to be back with this absolute legend @kylieminogue Scott and Charlene final scenes.”

Kylie also shared the snaps to her 2.4 million followers and quoted their 1989 hit, Especially For You, saying: “Now we’re back together.” 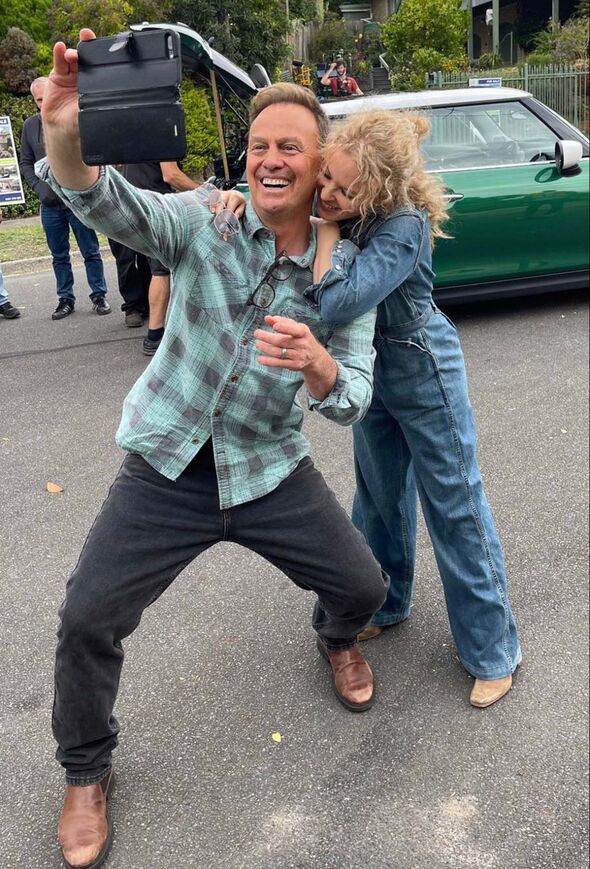 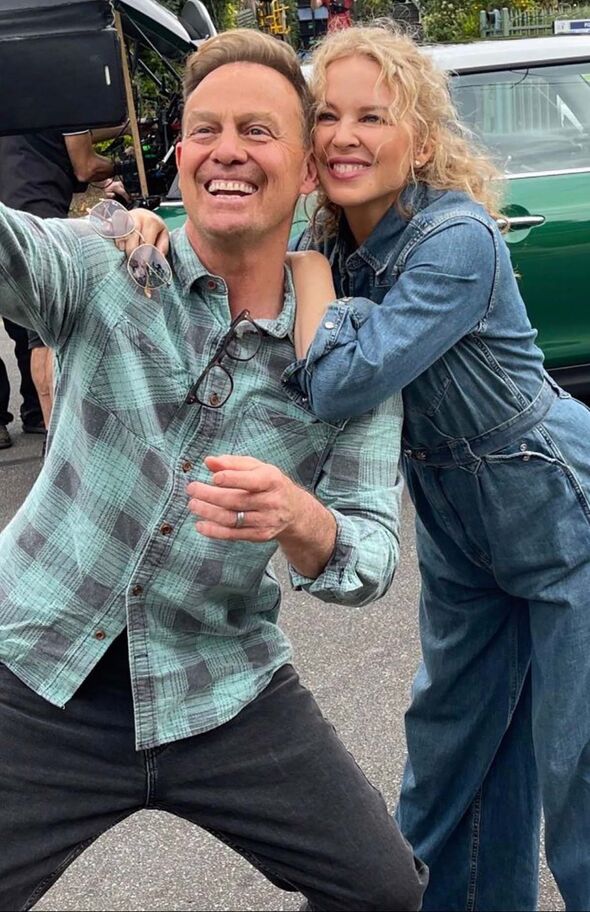 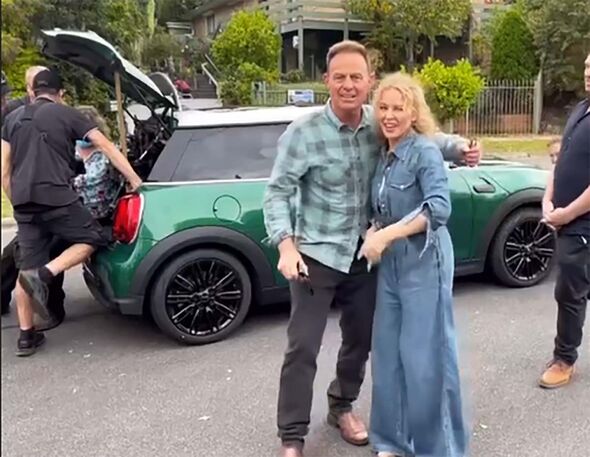 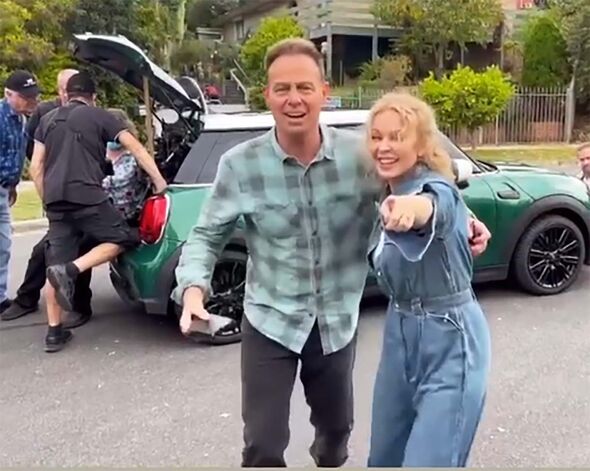 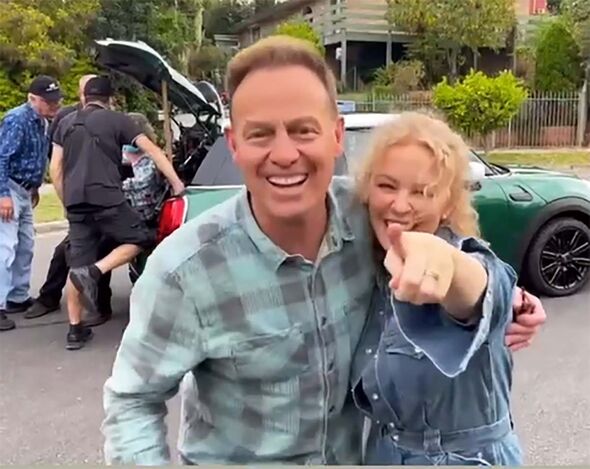 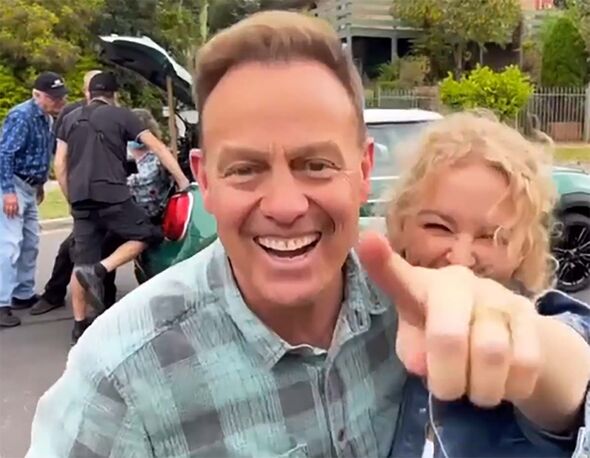 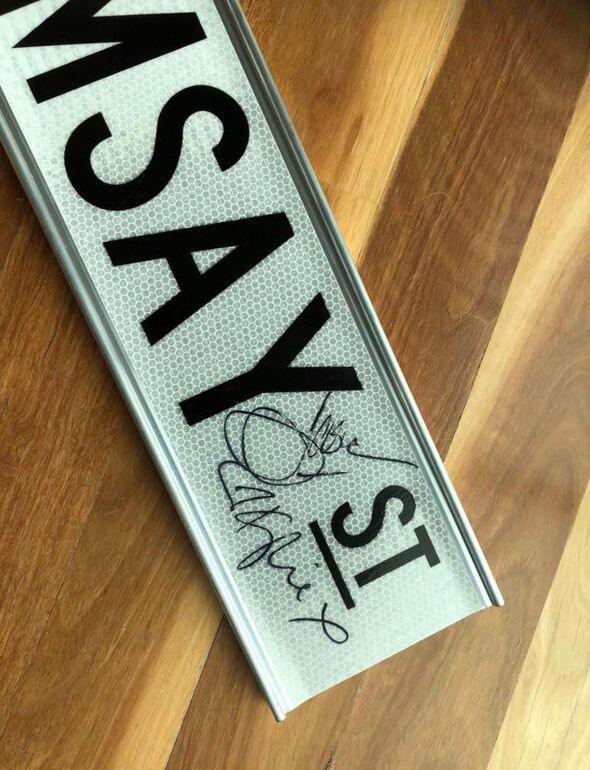