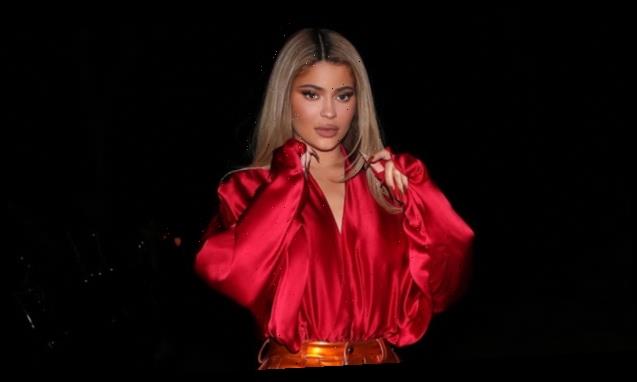 Kylie Jenner posed in a figure-flattering blue, black, and pink bodysuit that had her looking like she was ‘from another planet.’

Kylie Jenner, 23, showed off an eye-catching new outfit in her latest Instagram pics on Mar. 30. The Keeping Up with the Kardashians star gave off an alien vibe while posing on a lit-up staircase in a tight blue, black, and pink fluorescent bodysuit in the pics. She had her hair down and in a bob as she also paired the look with shiny metallic pink heels.

“FROM ANOTHER PLANET🪐🪐,” Kylie cleverly captioned the post, which received a lot of responses. “out of this world untouchable!!!!!!!!!! never another you 🔥🔥🔥🔥,” one follower wrote while another called her “so pretty.” A third wrote, “You’re the most beautiful woman in the world” and a fourth admitted to “loving” the look. Many more left heart-eyed emojis.

Kylie wore her headline-making outfit while going to Nobu restaurant in West Hollywood for dinner with her older sister Kendall Jenner, 25 and friends. She carried a matching pink mini purse during the outing and wowed with her natural chin-length hair since she often wears longer extensions. 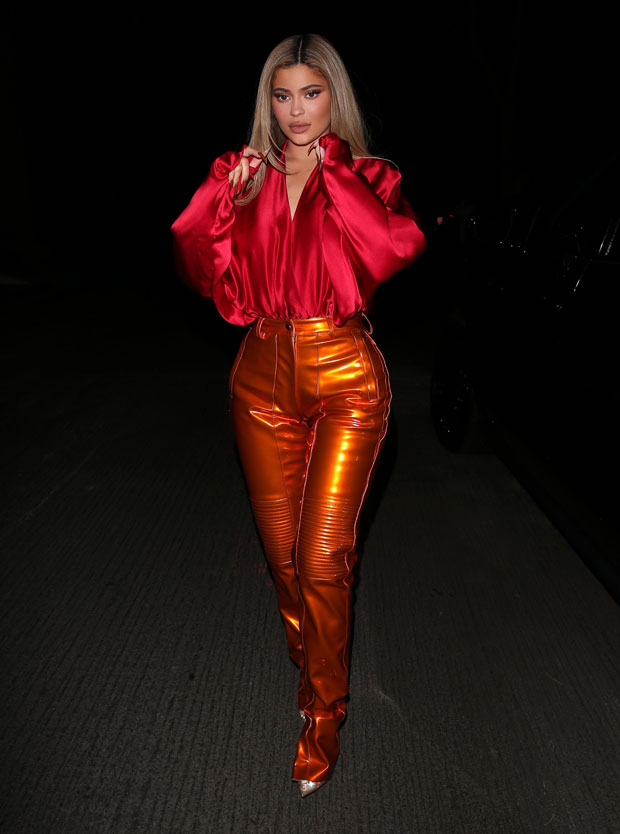 Before she turned heads with her fluorescent outfit, Kylie got attention for posing in an oversized dress shirt with her sister Kourtney Kardashian, 41, earlier this month. The photo showed up on Kourtney’s brand Poosh’s Instagram page and proved the gals can look amazing while twinning in casual attire. They both had the shirts pulled down over their shoulders as they stood in a mirror with their long locks down.

Just a week later, Kylie also stunned in a baby blue sheer jumpsuit she wore while posing at her Kylie Cosmetics headquarters. The outfit, which included shorts, featured cut-out sections in the front and the mother-of-one paired it with a black leather jacket that she had halfway down her arms as she sat on a white couch in the snapshots. She also wore silver heels that went perfectly with the fashion choice and had her hair up in a high bun with some curly strands hanging down. She topped things off with dark red lipstick and a confident look to the camera.