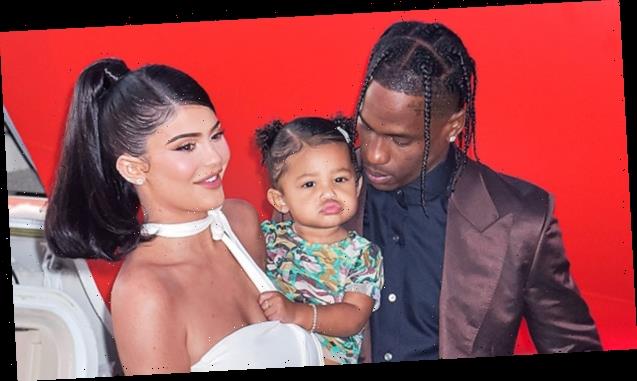 It appears that Kylie Jenner had the best Valentine’s Day ever. The makeup mogul apparently spent the holiday alongside Travis Scott and their daughter, Stormi, a move that left Kylie feeling the love.

“We took our baby to her favorite place today,” Kylie Jenner, 23, posted her Instagram on Sunday (Feb. 14.) Though the Keeping Up with the Kardashians star didn’t mention Travis Scott, 29, by name, it was clear that he was the other half of that “we” and that their “baby” was none other than 3-year-old Stormi Webster. Kylie shared that Stormi’s “favorite place” was the beach, capturing a beautiful sight of the surf on the sand at sunset. Inspired by this tranquil moment, Kylie added, “I hope everyone had a good vday [white heart emoji.]”

This peaceful moment was in contrast to the pre-Valentine’s Day party that Kylie had with her sisters, Kendall Jenner, 25, and Kim Kardashian, 40. Kim recruited her younger sisters to help launch her KIMS Fits Everybody collection. For the campaign, the three got into the spirit of the February holiday by posing in sexy red lingerie. “Get ready for our hottest drop yet,” Kim captioned the Instagram post featuring the trio in skimpy underwear. Kylie shared a slow-motion video of herself eating a piece of cake while wearing a matching red set from the collection. “Sexiest collection yet,” she captioned the clip.

Travis, presumably, would agree with that sentiment after seeing Kylie in this lingerie. Though the two officially split in October 2019 after two years together, Travis and Kylie have maintained a close relationship. While the two have spent time together to help co-parent Stormi, a source told HollywoodLife EXCLUSIVELY that “they are still almost an item in that regard – they spend that much time together. They still do hook up.” 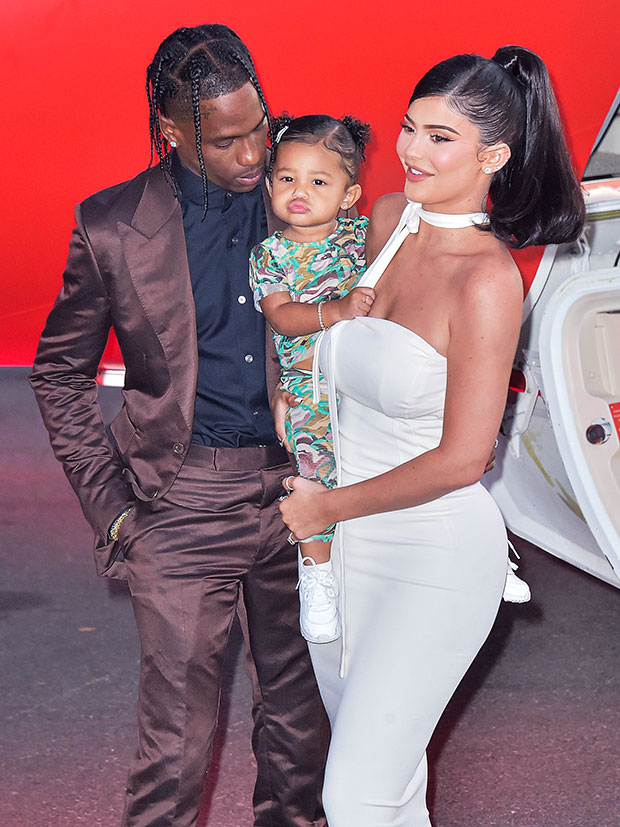 Travis and Kylie aren’t in a rush to put a label on their setup – are they dating? Is this an open relationship? etc. – because Travis is “not ready” for the fan reaction, per the insider. The moment that Travis and Kylie put a label on what they have, Travis knows that “people are going to think engagement,” and he’s not enthusiastic for that kind of public pressure, according to the insider. In the meantime, Travis will enjoy spending time with Kylie, their daughter, and Kylie’s family.

In addition to being a good mom, Kylie has been busy being a good businesswoman. “Yay!!! My lip oil finally restocks TOMORROW!! This is definitely my most hydrating lip product yet!” wrote Kylie when sharing the news, along with a picture of her in a strapless bra, applying the product against her lips.