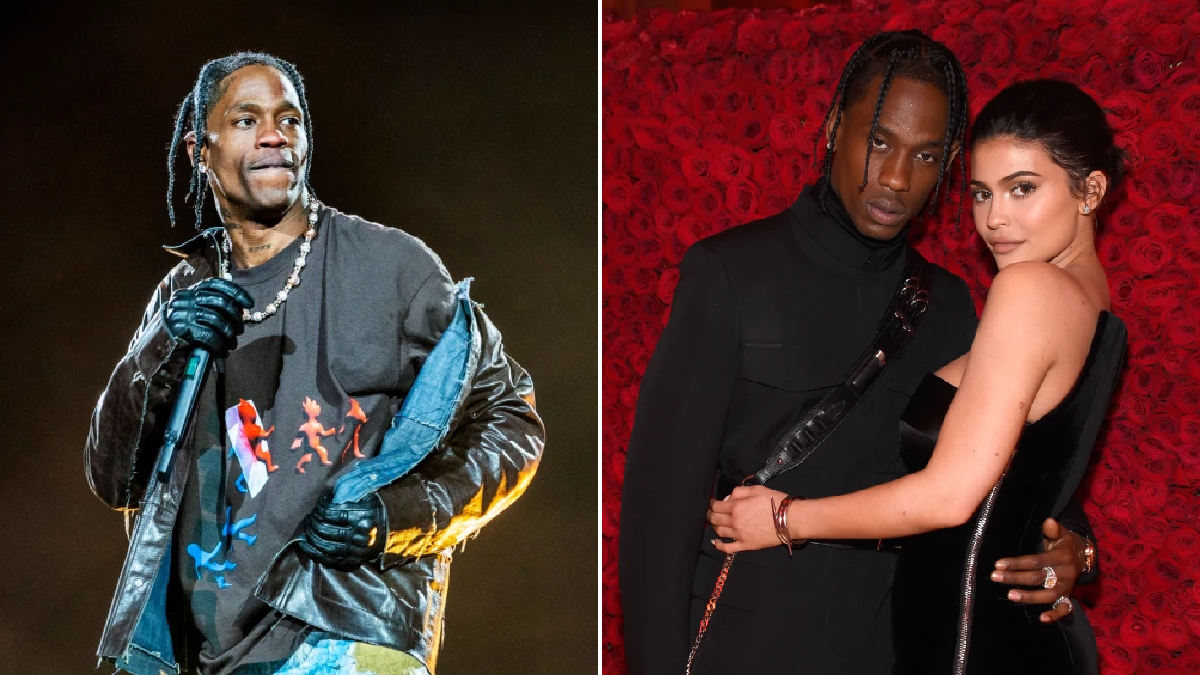 Kylie Jenner has spoken out about the Astroworld incident involving her boyfriend Travis Scott after eight people died at the music festival.

Sicko Mode rapper Travis was performing on the first night of the Houston, Texas festival on Friday when the crowd began to surge towards the stage. The stampede reportedly left many people unable to breathe while eight people died including a 14-year-old child, and many others taken to hospital for treatment.

In a statement shared in the early hours of Sunday morning, Kylie – who is expecting a second child with the rapper – said: ‘Travis and I are broken and devastated. My thoughts and prayers are with all who lost their lives, were injured or affected in anyway [sic] by yesterday’s events.

‘And also for Travis who I know cares deeply for his fans and the Houston community.’

She continued in her Instagram stories: ‘I want to make it clear we weren’t aware of any fatalities until the news came out after the show and in no world would have continued filming or performing.

‘I am sending my deepest condolences to all the families during this difficult time and will be praying for the healing of everyone who has been impacted.’

Kylie, 24, had attended the music festival along with her and Travis’ three-year-old daughter Stormi, and her sister Kendall Jenner.

The cosmetics mogul had filmed footage from the festival and uploaded it to social media, including scenes of the crowd as an ambulance tried to make its way through. However, Kylie was unaware of the severity of the situation that was unfolding.

Her statement comes hours after boyfriend Travis, 29, spoke out in an emotional video vowing to help the families of those who died.

While rubbing his head repeatedly, the rapper said: ‘I just wanna send out prayers to the ones that was lost last night.

‘We’re actually working now to identify the families so we can help assist them through this tough time. My fans really mean the world to me and I always want to leave them with a positive experience.’

He continued: ‘Anytime I can make out anything that’s going on, you know, I stop the show and you know, help them get the help they need. I could just never imagine the severity of the situation.

‘To the ones that was lost last night, we’re working right now to ID the families so we can help assist them through this tough time.

‘I’m honestly just devastated… I could never imagine anything like this just happening.’

He added: ‘If you have any information, please just contact your local authorities.

Houston city’s mayor Sylvester Turner held a new conference and confirmed a 14-year-old child was among those who died. A 16-year old was also killed in the incident, while the other victims included two 21-year-olds, two 23-year-olds and a 27-year-old, with the age of one other victim unknown.

Houston Police Chief Troy Finner also confirmed that a security guard passed out after appearing to be injected in the neck with a needle.

A concert-goer is believed to have attacked the guard, who had to be revived using the drug Narcan, commonly used for overdoses on opioids, including heroin.

Astroworld is named after Travis’ 2018 album of the same name, which topped the US Billboard 200 chart. It features hit songs such as Sicko Mode, Stargazing, Yosemite.