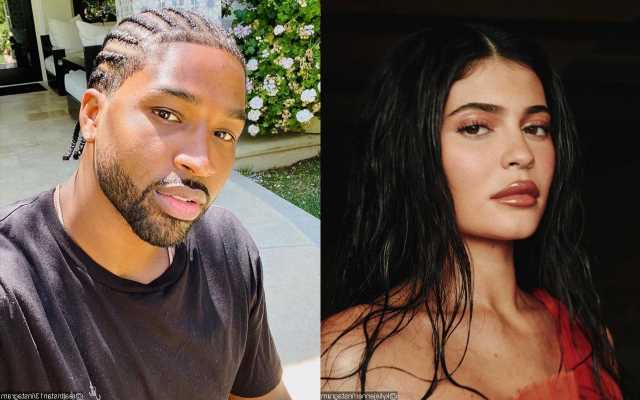 The Kylie Cosmetics founder holds nothing back as she and her sisters learn about the NBA star’s baby drama in the June 9 episode of Hulu’s ‘The Kardashians’.

AceShowbiz –Kylie Jenner had an interesting choice of words to describe Tristan Thompson in the wake of his paternity suit. The Kardashian-Jenner sisters learned about the scandal in the June 9 episode of their Hulu series “The Kardashians” and the makeup mogul held nothing back as they called out Khloe Kardashian‘s baby daddy.

In the episode, Kim Kardashian broke the news about the baby drama to mom Kris Jenner and sisters Kylie as well as Kourtney Kardashian. What’s more heartbreaking was the fact that Khloe wasn’t aware of the legal filing.

While she was on the phone with Kris, Kim said, “His whole declaration is in this thing, which says, ‘I, Tristan Thompson, met this girl in Houston. I slept with her on my 30th birthday.’ So I sent it to him and I said, ‘Does Khloe know about this?’ Khloe doesn’t even know.”

Before the momager could respond, Kim ended the call to hop on the phone with Kylie. The 24-year-old refused to believe at first, responding to the news shared by her sister, “You’re lying.” An enraged Kim replied, “No, I’m not f**king lying. I’m shaking for her. My soul dies for her.” The Kylie Cosmetics founder then asked, “Is Tristan the worst person on the planet?”

Kim then read the paperwork on her phone, before exclaiming in anger, “He’s saying that he slept with her!” Breaking down the timeline of Tristan’s relationship with his third baby mama, Pete Davidson‘s girlfriend continued, “He’s asking for a paternity test and admitting that he had sex with her. Khloe threw him his 30th birthday. So he went home from the 30th birthday party, went to Houston to play on the road-we can check his schedule-and then slept with this girl.”

Kourtney, who joined them on the phone, noted if Tristan “doesn’t at least talk to [Khloe] about this stuff before it happens, that’s insane.” Kylie chimed in, “It’s just insane in general. This is a never-ending swirl,” referencing Tristan’s previous cheating scandals. Kourtney added, “It’s never-ending betrayal, is what it is.”

Kim saw this drama as “the biggest sign” for Khloe, before lamenting, “The whole thing that’s so sad is she wants a baby boy. And now this girl’s having a f**king baby boy, a f**king random that he sleeps with one night. F**k him.” Kourtney responded that Khloe didn’t “deserve this,” which prompted Kylie to reiterate that this had to be Khloe’s “final sign.”

Later when Khloe finally called Kim back, the latter asked her younger sister, “Did you see what I sent you.” Khloe answered, “No. Hang on. What the f**k is this?”

Tristan confirmed he’s the father of Maralee Nichols’ baby in January after news broke about her giving birth to his baby boy in December 2021. In an Instagram Story, the Canadian basketballer apologized to his ex as writing, “Khloe, you don’t deserve this. You don’t deserve the heartache and humiliation I have caused you.”