The 39-year-old reality star documented the momentous occasion on her Instagram page, sharing a snap of Penelope modelling her new look alongside the caption, “First ever hair cut in all of her enchanting six years.”

Hairstylist Andrew Fitzsimons was responsible for Penelope’s makeover – swapping her long locks for a choppy bob – and also posted about the appointment on his Instagram Stories, writing, “Gave Penelope her first ever haircut today! That was pretty special.”

Following Penelope’s cut, her auntie Khloe Kardashian took to social media to share a comparison picture of herself and her young relative – with the similarities between the two ‘dos clear to see.

“So basically, P is obsessed with me (jk) lol how FREAKING CUTE is she with her hair cut???!!!?” Khloe wrote.

Despite being just six years old, Penelope is already making a name for herself as something of a fashionista. In a recent interview with People, Kourtney told the outlet that her daughter has a strong sense of style, adding, “She does everything. She loves it. I usually just try to let her go with it. Once in a while I might chime in with, ‘Well, maybe it might look better like this,’ but for the most part, I let her do her thing.”

Like his older sister, Reign has never had a haircut – and has frequently divided opinion with his long tresses, which reach below his shoulders. Alongside a social media snap Kourtney shared last December, followers were quick to comment on Reign’s hair, with one writing, “Cut his hair. So ridiculous. And don’t state that he wants it that long. Dear god, he is a child, he does not know any better. You did the same with Mason. What is your point?” 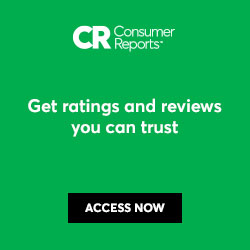 While Mason now has a trendy short cut, he also had long hair until he was out of his toddler years.