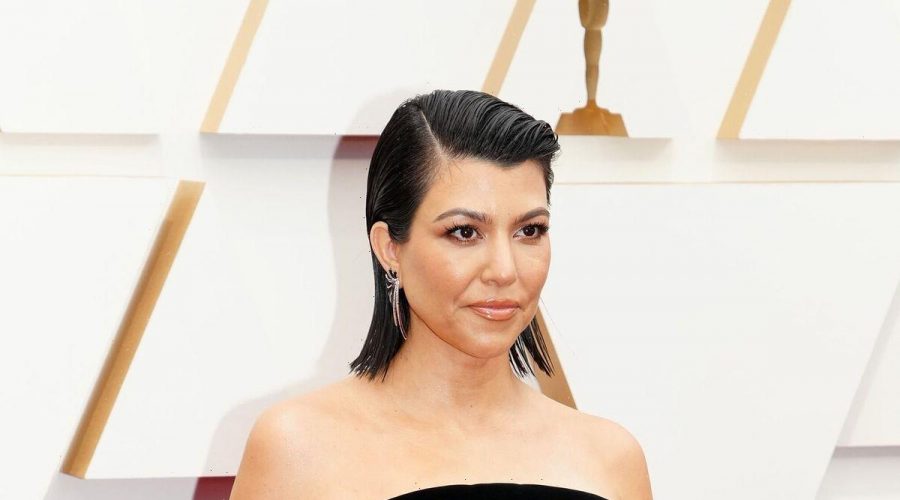 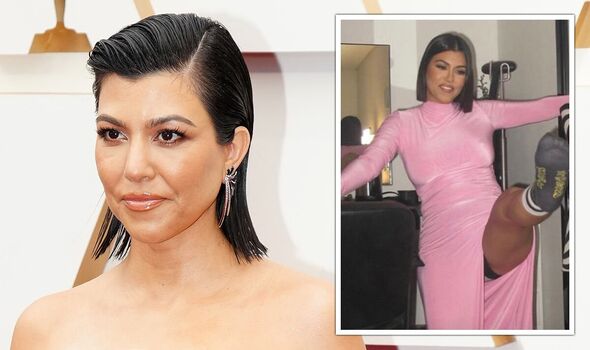 Kourtney Kardashian left little to the imagination as she posted a snap of herself with her leg in the air, exposing her underwear. The Kardashians star looked great in the skintight pink gown, showing off her gym-honed figure.

Kourtney Kardashian, 43, looked better than ever as she posed for a picture in the skintight pink gown with her leg in the air.

The Hollywood star looked great in the snap as she showed off her flawless complexion and bronzed makeup.

She styled her brunette tresses in a perfectly straight bob and also showed off her striped black and white socks.

Kourtney Kardashian took to Instagram in view of her 208 million followers to promote her lifestyle website Poosh, with the revealing snap. The Hollywood star appeared to suffer a wardrobe malfunction as she exposed her husband Travis Barker’s underwear.

Kourtney Kardashian confirmed she was in a relationship with Blink 182 drummer Travis Barker in January 2021. In October of that year, the pair got engaged and had an unofficial wedding in Las Vegas in April of last year.

Kourtney Kardashian had a total of three wedding ceremonies

Kourtney Kardashian and Travis Barker had an unofficial wedding in Las Vegas after the 64th Annual Grammy Awards, an official ceremony in Santa Barbara, California, and a religious wedding ceremony in Portofino, Italy.

Kourtney Kardashian has three children from her relationship with Scott Disick

Kourtney Kardashian was in an on and off again relationship with Scott Disick from 2006 to 2015. The pair had a total of three children together: Mason, 13, Penelope, 10 and Reign, eight.

Kourtney Kardashian and Scott Disick reunited last month as they came together to celebrate their son Mason’s Bar Mitzvah at the Sunset Strip nightclub in West Hollywood.

Raised Jewish by his late parents, Scott Disick’s religious upbringing was hugely important, and he in turn wanted Mason to experience the same cultural traditions he had. The event started off with a traditional Bar Mitzvah ceremony, with the family including Kourtney Kardashian and was followed by a family meal. The evening ended with a final party in West Hollywood.