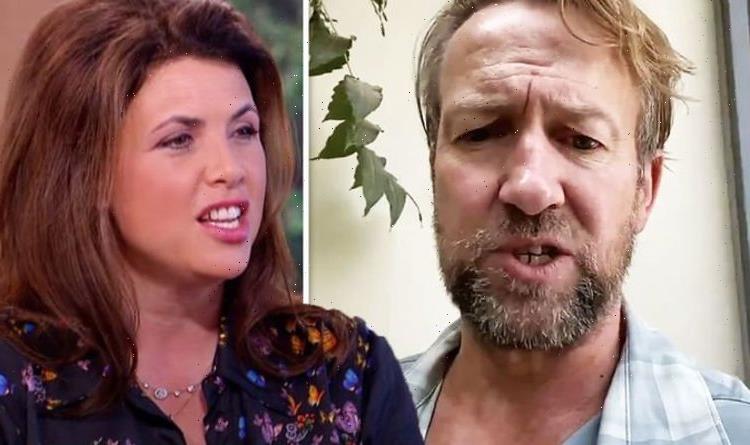 Location, Location, Location presenter Kirstie Allsopp, 50, has taken to Twitter to blast claims that she “hates animals”. Days ago the TV personality faced backlash after calling out the country for supposedly caring more about ex-Royal Marine Pen Farthing’s cause to rescue animals out of Afghanistan, rather than the people caught up in the crisis.

The ex-soldier made headlines after vowing to remain in Kabul after the city fell to the Taliban, promising to make sure that his Afghan staff members could leave the country, as well as looking to bring his rescue animals back to the UK.

But Kirstie branded the move a “betrayal”, explaining she “simply could not conceive” it as it came to light that not all of the ex-Marine’s staff were “allowed through the final barrier”.

She has since taken to Twitter to share with her 424,400 followers some of the “abuse” she’s received since voicing her opinions on the matter.

She wrote: “This is the kind of abuse you receive if you suggest starving kids should come before staving animals. Totally bonkers!”

The star reposted a tweet which claimed that she harboured an “intense hatred for animals”.

It read: “I wonder what sort of childhood she [Kirstie] had to make her have such an intense hatred for animals? I do feel sorry for her.”

But after Kirstie hit back against the claim, the social media user responded.

They added: “Pls learn about facts and stop sprouting lies.

“My comment had nothing to do with starving children.

“You continuously lie about animal related issues and try to stir-up hate. I am intrigued why you are an animal hater,”(sic) they finished.

Kirstie replied: “Please produce one single piece of evidence that I am an ‘animal hater’.”

Following the TV presenter’s tweet, fans relayed their shock at the claim.

One wrote: “How do you cope with such horrible tweets @KirstieMAllsopp?”

However, others disagreed at Kirstie branding the post “abuse”, adding: “Come on you give out as strong opinions as you get back, that was hardly abuse and nowhere near as strong a comment as you regularly put out on Twitter yourself,” one user wrote.

Kirstie then posted a follow-up tweet to clarify her earlier comments and implore those who seemingly “loathed” her to click the unfollow button.

She wrote: “If people are starving they do not have the resources to put animals first.

“If you really want to help animals, all animals, not simply pets, then help people, and address the vast issue of cruelty in food production, which is where the most suffering is happening, eat kindly.”

In a new post, she added: “Hurling abuse at someone because they dare to question the message we send when we evacuate pets before people is absurd.

“I haven’t attacked any specific person, I have just raised questions which should be addressed. Calm down, stroke a pet or meet a human for a cuppa,” she suggested.

Kirstie went on: “Also please learn to use unfollow/mute/block.