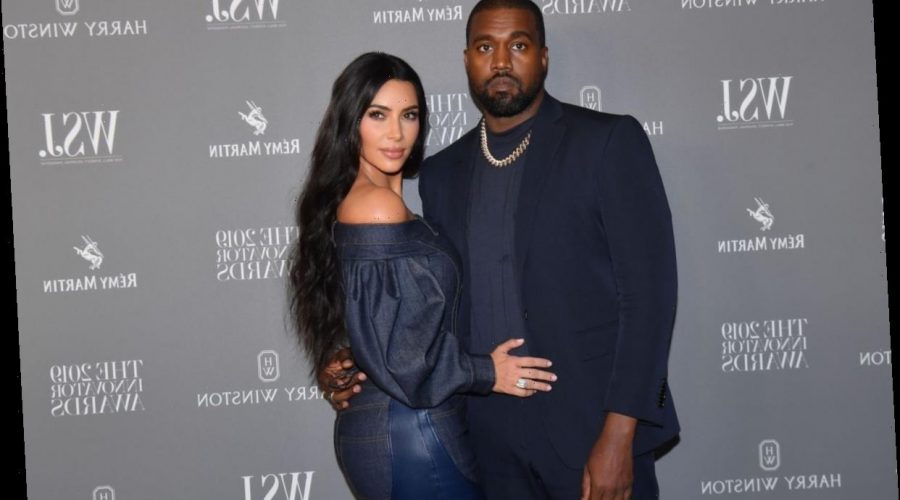 By now, we’ve all heard about Kim Kardashian West’s ongoing marital struggles with Kanye West. Though sources have walked us through what’s been going on between the couple these last few months, not everything that’s happened behind the scenes has been revealed, that is, until just recently.

During a recent episode of the final season of Keeping Up With the Kardashians, fans got a chance to see what really went down between Kardashian and West following his controversial presidential run in 2020 — and to say it caused a lot of stress in the Kardashian family would be an understatement.

Kim Kardashian West tried to suppress the stress from her marriage

Kardashian and West’s marriage has had its ups and downs throughout the years. However, in July 2020, their marriage began falling apart following the rapper’s controversial presidential rally and Twitter storm.

During the March 25 episode of KUWTK, Kardashian West spoke about how stressful things have been in her marriage since West decided to run for president.

“It’s no secret that everyone sees things in the media about my life with Kanye, but I’ve always been really respectful in not talking about issues that Kanye and I have,” she said in her confessional.

Though she said the world is correct in thinking she and the rapper “have issues,” the KKW Beauty mogul didn’t go into specific details on camera.

“I mean, you guys clearly see them on Twitter,” she continued, “so I’m still gonna choose to not really talk about it here.”

However, Kardashian West did say that her husband’s Twitter outbursts had been “frustrating” while hinting that they were causing problems in their marriage.

“Kanye’s been in Wyoming and posting a lot of things on social media,” she said. “That is a little bit frustrating, but you just have to kind of separate yourself from what’s going on at home and what’s going on on the Internet.”

Though she was stressed and frustrated in her marriage, Kardashian West still tried her best to fight for her relationship.

In a clip from the episode, the mother of four can be seen talking on the phone with someone from the “Stronger” rapper’s team in Wyoming, where he’s been living.

Though West was resistant to see her at the time, Kardashian West was determined to fly out to the Midwest to talk with her husband in person.

Meanwhile, Kris Jenner, Khloé Kardashian, and Kourtney Kardashian see what Kim is going through and are worried about her.

“I just feel like she’s struggling a bit with all the stuff going on,” the momager said. “I don’t know how she’s dealing with the stress of it all. You know, that’s what I worry about. She’s always, like, the calm in the storm. I think she’s got a lot on her plate. She’s got a lot going on with law school and everything else, the kids, everything she’s trying to juggle.”

The Poosh founder then added, “Well, I just said she can’t possibly navigate this on her own. I think she just needs help.”

Later on in the episode, Kourtney and Khloé Kardashian decide to whisk their sister away to their Malibu vacation home to take her mind off of what’s going on in her marriage.

While there, the sisters have a private dinner and discuss the Poosh founder’s love life to take the attention away from Kim’s relationship.

The low-key night was just what the mom of four needed.

“It’s so sweet that my sister’s planned this little getaway night just to hang out and, you know, escape reality for two seconds,” Kardashian West said during the episode. “There are so many f*cking stressful things going on that I needed this the most.”

Though there’s no telling when/ if Kardashian will open up about her marriage’s demise on KUWTK, we’re sure that whatever she decides to do, her family will be right there to love and support her!