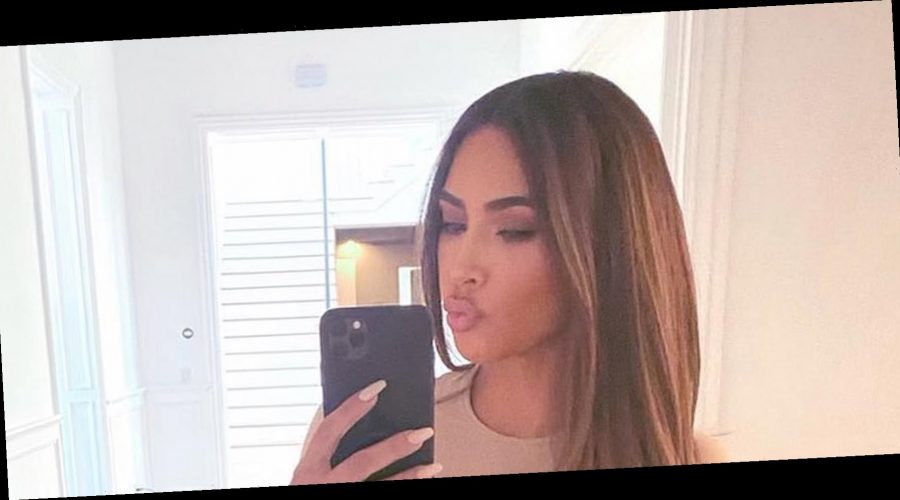 We may not be hearing much more about Kim Kardashian and Kanye West's possible divorce in the near future, but that doesn't mean Kim can't send subtle messages of her own.

Over the weekend, she shared photos of herself in a bikini, sitting perched on the balcony during what looks like a tropical location — wearing a pair of Yeezys.

And while the post might not say much (her caption is literally "Just Chillin"), it at least suggests that divorce or not, she and Kanye appear to be on good terms. Or that she just really likes Yeezys that she certainly must get for free.

While neither Kim nor Kanye have officially spoken out on rumors that they are divorcing, people have theorized that she's been sending hints on social media and with her recent public outings.

Last month, she shared an Instagram without her wedding ring — sending fans into a frenzy — before promptly deleting it. She then posted more photos sans ring, this time opting to leave them on the grid.

Whatever's going on, we're sure to see the aftermath on the final season of Keeping Up with the Kardashians.