Keeping it friendly. Kim Kardashian has met Kanye West’s new lady, Irina Shayk, “briefly several times” over the years, a source exclusively reveals in the new issue of Us Weekly.

Kim Kardashian and Kanye West: The Way They Were

“They share some mutual friends, and she likes Irina from what she knows,” the insider says of West’s new girlfriend, whom he was spotted with in France earlier this month.

The Keeping Up With the Kardashians star, 40, “isn’t dating anyone new yet” following the pair’s February split, but she has “completely moved on from Kanye,” the source adds. 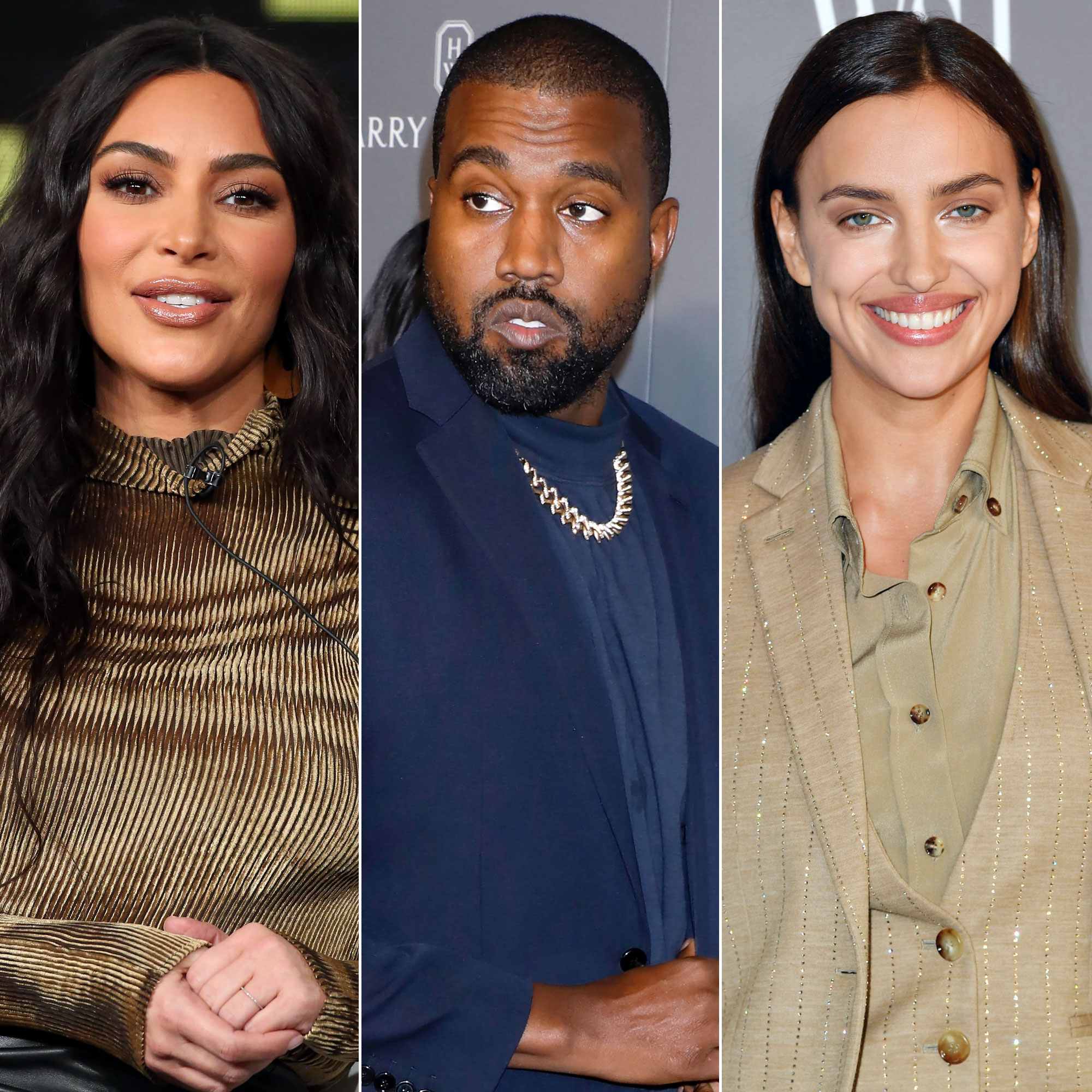 The reality star, who was married to West, 44, for nearly seven years before filing for divorce, “isn’t concerned about him dating other people,” according to the insider.

Us confirmed in February that the Skims founder and the Yeezy designer called it quits following a few rocky months beginning with West’s July 2020 campaign revelation that he and Kardashian had almost aborted their eldest child, North.

The former spouses, who share North, 8, Saint, 5, Chicago, 3, and Psalm, 2, hit a bump in the road in their romance during the summer of 2020, which is when West went on several Twitter rants and accused his estranged wife of trying to get him committed.

Us later revealed that the pair had a “big fight” in December 2020 where the rapper “blew up” at Kardashian. “Things between them don’t seem to have healed since that,” the insider told Us at the time amid split speculation.

A separate source said that it was “only a matter of time” before the TV personality walked away from the marriage, noting, the two had been “living separate lives for many months.”

Kardashian addressed her separation from West during the final season on KUWTK, admitting in the June 10, finale, that the designer’s habit of moving “from state to state” and ultimately relocating to Wyoming didn’t work for her anymore.

“After turning 40 this year, I realized like, ‘No I don’t want a husband that lives in a completely different state,’” she told her mom, Kris Jenner, during the episode. “To me, I thought, ‘Oh, my God, that’s when we’re getting along the best,’ but then that is sad to me and that’s not what I want.”

The KKW Beauty founder explained that she had “all the big things” in her marriage to West, but she was “ready for the smaller experiences that I think will mean a lot.”

West has yet to publicly comment on his split from Kardashian, but Us confirmed early this month that he has been seeing Shayk, 35, “quietly” for a couple of months.

The model and the musician previously spent time together in 2010 when Shayk, who shares daughter Lea De Seine with ex-boyfriend Bradley Cooper, appeared in West’s “Power” music video.

A source told Us in June that the pair are currently in “a honeymoon, lovey-dovey phase” of their romance. “They’re getting to know each other and having a lot of fun. It’s not serious yet, but they like each other a lot,” the insider added.

Watch the video above and pick up the latest issues of Us Weekly, on newsstands now, for more on how Kardashian and West’s lives post-split.