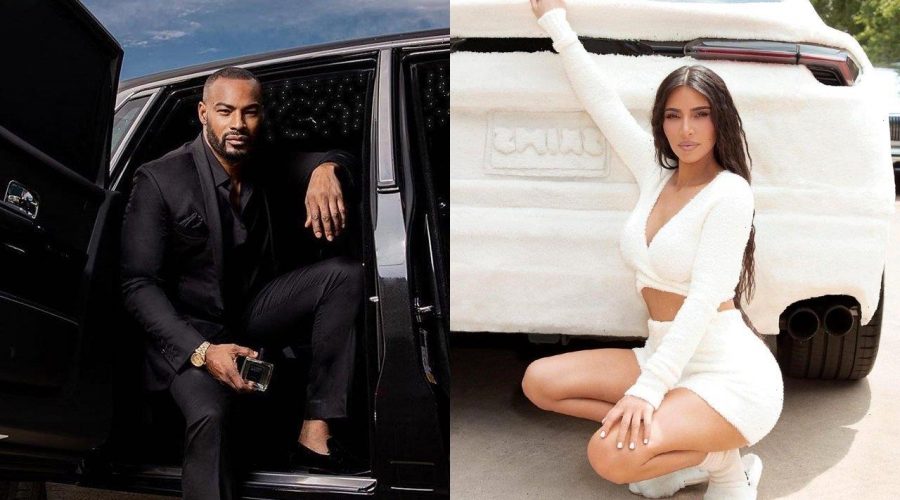 Addressing his long-ago social media feud with the ‘Keeping Up with the Kardashians’ alum, the ‘Addicted’ actor insists that he’s ‘never been gay’ and he never has a ‘problem with gay people.’

AceShowbiz –Kim Kardashian might need to think twice before making a comment. While her old feud with Tyson Beckford has died down, the “Addicted” actor recently called out the “Keeping Up with the Kardashians” alum for her past “dumba**” remark about his sexuality.

In a recent interview with VladTV, the 50-year-old model addressed his long-ago internet feud with the SKIMS founder. “Sometimes I’ll get a couple of suckers on Instagram who will try to say like, ‘Oh, yeah. You gay,’ ” he said during the candid conversation. “Then I’m like ‘Where is this coming from?’ You heard it from that dumba**? And then you heard it from that stupid b***h Wendy Williams?”

“Man, f**k all of them!” Tyson added while sharing messages for people making assumptions about his sexuality. The former host of “Make Me a Supermodel” went on stressing, “I ain’t never been gay, nor do I have a problem with gay people. It’s just like, don’t try to turn a situation into something because I got the best of you.”

His statement came three years after his social media beef with Kim. In 2018, Tyson believed the reality star’s surgery was botched. In the comment section of a paparazzi photo of the daughter of Kris Jenner, he pointed out that her hips were uneven, “Sorry I don’t care for it personally. She is not real, doctor f***d up on her right hip.” He also included a vomit emoji.

In response, Kim herself replied with a sassy comment that read, “Sis we all know why you don’t care for it.” The estranged wife of Kanye West then added a series of emojis, suggesting that Tyson could be gay.

Setting the record straight, Tyson then took the feud to his own Instagram feed. At the time, he shared a shirtless selfie with the caption, “I support LGBTQ, even though I’m not Gay. It’s just the Human thing to do.”