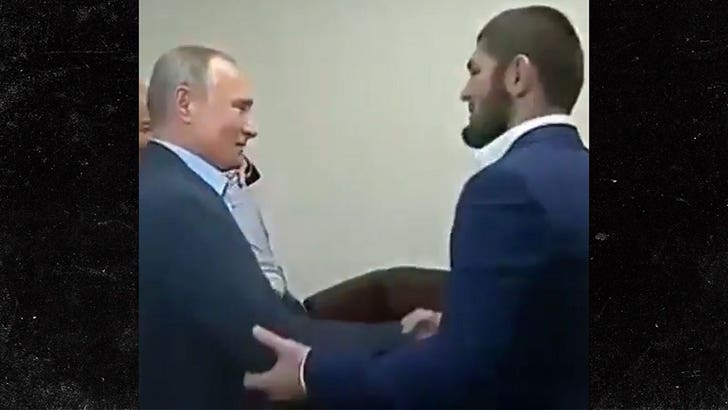 Khabib Nurmogomedov sat down with Vladimir Putin on Thursday — and the President of Russia showered him with praise for another impressive UFC victory.

It all went down in Khabb’s homeland of Dagestan (which is part of Russia) — and the leader of Dagestan, Vladimir Vasilev, was on hand to honor the 30-year-old for his UFC 242 victory over Dustin Poirier.

Putin is known for being a massive combat sports fan — and he’s been a huge supporter of Khabib for years.

In fact, when Khabib smashed Conor McGregor back in 2018, Putin summoned the Eagle for a little celebratory snack in a dinky room with a dinky food spread in the city of Ulyanovsk. 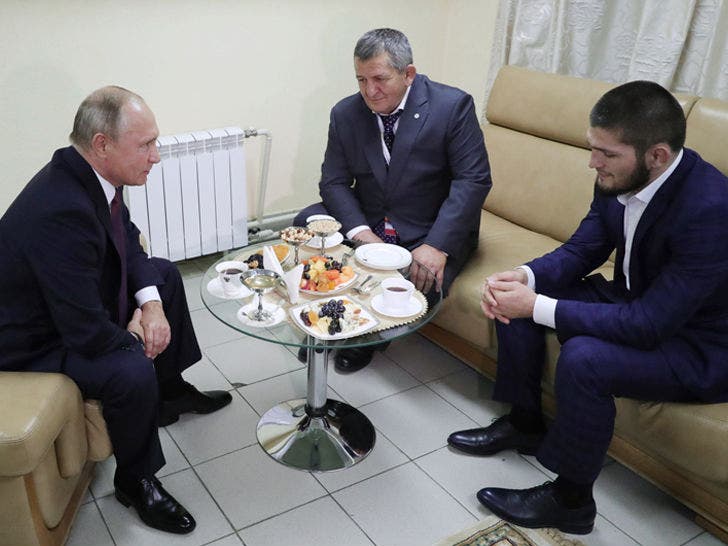 But this time, the gang upgraded to a nicer meeting spot with big leather chairs and a fancy table — where Putin praised Khabib’s father Abdulmanap for raising a champion.

“I’ll start with you: I want to congratulate you on the victory of your son. A well deserved victory and a challenging opponent … He’s a strong fighter.”

Putin continued with Khabib … “I congratulate you, a very good match, beautiful, honest. I looked, a good asphyxiation.”

Putin called Khabib an “excellent athlete” and said the victory over Poirier was “convincing.”

Related posts:
09/12/2019 Celebrities Comments Off on Khabib Nurmagomedov Meets with Vladimir Putin, 'Great Victory'
Recent Posts
We and our partners use cookies on this site to improve our service, perform analytics, personalize advertising, measure advertising performance, and remember website preferences.Ok