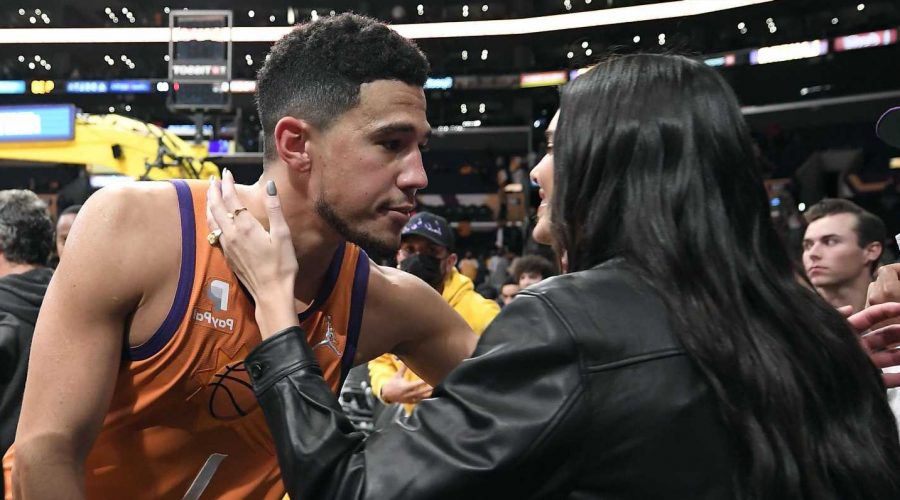 Kendall Jenner has always kept her relationships very private, but on Friday she hugged and kissed her boyfriend Devin Booker in one of the most public places imaginable—at the Staples Center during a Lakers game.

Booker and Jenner have known one another since at least 2018, though at the time they were both dating other people. Though it initially started out as a casual hook up situation, the couple went Instagram official in February, sharing photos of each other on Valentine’s Day in tribute to their romance.

It’s been over a year, and it seems like the 25-year-old model is finally comfortable with going PDA official, embracing her man after his team the Phoenix Suns defeated the Los Angeles Lakers. 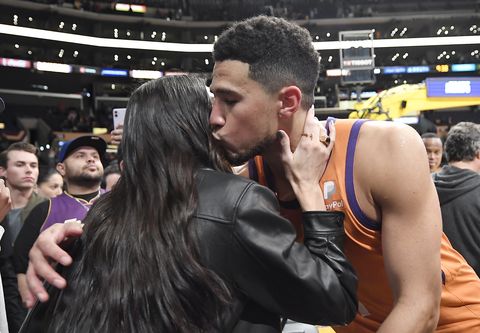 Keeping Up With The Kardashians producer Farnaz Farjam mentioned that Jenner has a “one year rule” when it comes to dating while being interview on the Daily Dish podcast.

“Kendall’s always had this rule — she just felt like she had to be with someone for at least a year before she lets them be a part of the show, because she doesn’t always know what people’s intentions are,” said Farjam.

And on the series reunion, Jenner backed that up, saying, “I think it makes my life a lot easier and our relationship a lot better, to be completely honest. I just feel like it’s a private matter, it’s not really for anybody else to judge or know.”

While she probably isn’t eager for judgment, it seems like Jenner is finally comfortable with being open about her relationship. An insider told ET that Jenner and Booker just want to enjoy themselves, which might be another reason to avoid the public eye.

“They’re not putting any sort of pressure on things for the future,” said the insider. “They realize they’re both still young and have big futures ahead of them. Right now they’re just enjoying their time together and taking things as they come.”