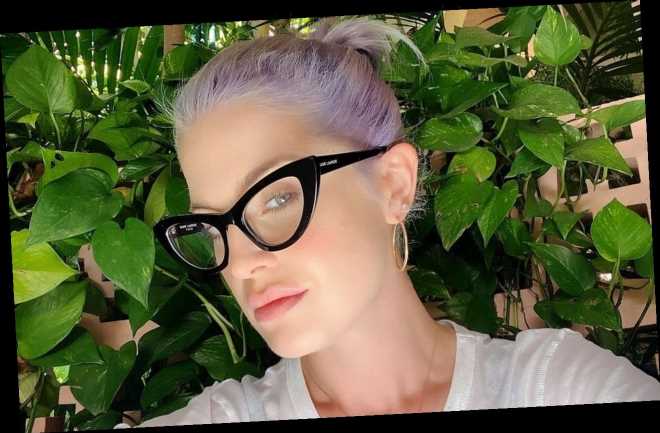 The former ‘Fashion Police’ star has been ‘training every day and in acting classes’ during the Covid-19 lockdown as she’s gearing up to launch her new acting career.

AceShowbiz –Kelly Osbourne has been suffering from “terrible anxiety” while attempting to make her acting dreams a reality.

The 36-year-old star opened up about her bid to become an actress during an interview on “The Filling With Anna Barnett” podcast, as she revealed she has acting classes every day and used the Covid-19 lockdown to concentrate on her new career.

“I’m a full-blown actress. I started a project two months after getting sober,” she explained. “I am in training every day and in acting classes every day and really preparing for this new thing that all starts and stops with me being good at it, so it’s a lot of pressure.”

“I also sold three more TV shows this week. It’s all what I did in quarantine. I was like, ‘I want to do a TV show about this and I want to do this about that.’ It all happened because I just sat behind my com­pu­ter and was like, ‘I’m just going to do it.’ “

However, focusing on acting has also taken something of a toll on Kelly’s mental health as she admitted, “I’ve got terrible anxiety from it all but it’s my dreams and my dreams are finally coming true. When it goes through, I will have three TV shows on one network and one on another.”

Kelly has dabbled in the acting world previously, appearing in TV shows such as “Are We There Yet?” and “Life as We Know It“.