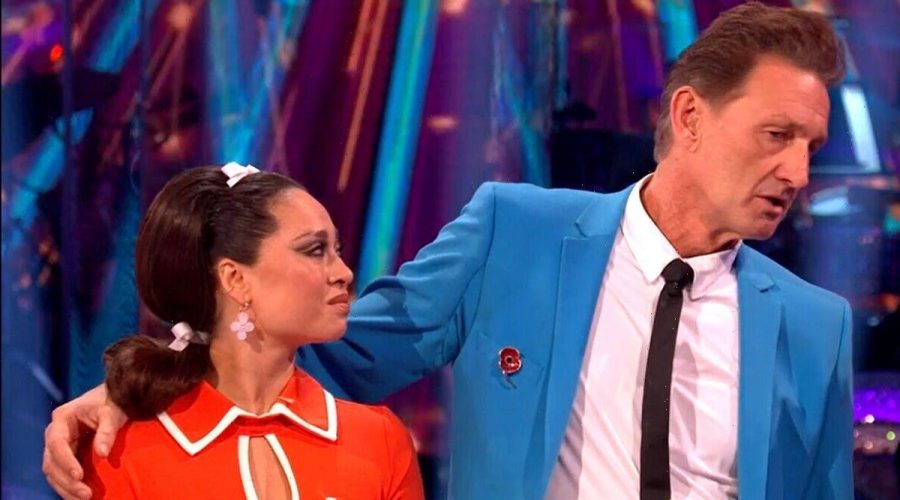 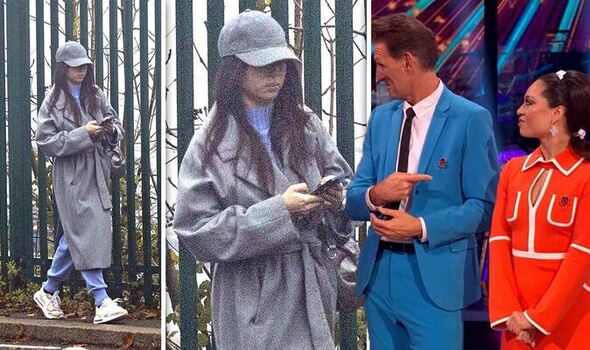 Katya Jones, 33, was pictured looking down as she was seen out and about following her exit from Strictly Come Dancing last night. The star was partnered up with footballing legend Tony Adams, 56, who was placed in the bottom two before forfeiting the BBC competition due to injury.

Katya kept a low profile as she was spotted strolling through London on the way to a train station the day after she exited Strictly.

The dancer kept it casual in a matching grey cap and long grey trench coat.

She wore baggy blue bottoms with white trainers and clutched her phone as she kept her head low.

Tony was forced to pull out of the BBC show last night before he had a chance to compete in his first dance-off, as it was revealed the star had suffered a hamstring injury.

Katya Jones, 33, looked subdued as she made her way towards a train station in London

The Strictly Come Dancing star kept a low profile as she texted on her phone.

The dancer donned a grey coat and matching grey cap, which she wore over a pair of blue bottoms.

The star always looks effortlessly stylish in her endless array of sequined outfits.

The pair were sadly forced to quit the show before they competed in the bottom two due to Tony’s hamstring injury.

DJ Tyler West and Strictly partner Dianne Buswell were automatically through thanks to Tony forfeiting.

Tony went viral when he stripped to the song You Sexy Thing from the film The Full Monty.