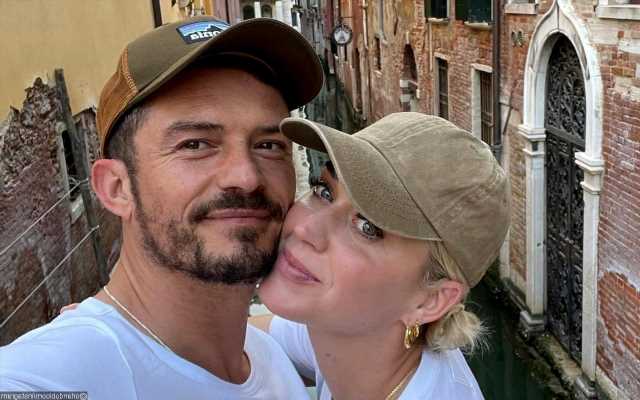 When being asked about having a second child, the ‘Dark Horse’ hitmaker shares that she is giving all her focus on her residency concert in Las Vegas until the end of 2022.

AceShowbiz -Is Katy Perry ready to give her daughter a sibling? More than a year after giving birth to her first child, the “Fireworks” hitmaker got candid on the reason why she has to put future baby plan with fiance Orlando Bloom on hold.

When interviewed on the “American Idol” red carpet, the 37-year-old singer revealed to E! News’ Francesca Amiker that she currently puts all of her focus on her residency concert “Play”. The show was kicked off in December 2021, and will run until August 2022. “I’m in Vegas, and I can’t do that show with anything in my belly, especially a human,” she reasoned.

During the chat, Katy also talked about how her firstborn, Daisy Dove Bloom, had been reaching milestones. The “Wide Awake” hitmaker, who gave birth to the tot in August 2020, gushed, “She’s running, she says ‘I love you,’ she colors, [and] she’s got pigtails.”

Katy further recalled her daughter’s funny interaction with Mickey Mouse during her first trip to Hawaii. “[Daisy] saw Mickey and she thought Mickey was a cow, so she mooed at Mickey,” she divulged, “She went, ‘Moo, moo.’ And I was like, ‘That’s not the sound,’ but I don’t know what the sound is, actually. What is the sound that Mickey Mouse makes?”

This interview was not the first time Katy excitedly boasted about Daisy. In January, the “Dark Horse” hitmaker spoke to PEOPLE about life with the one-year-old girl. “Daisy is great. She is a combination of both me and her father,” the 37-year-old said, “Which we are fearless with lots of chutzpah and just big characters. So the combination of us both is definitely coming out.”

Katy shared Daisy with Orlando, whom she first dated in 2016. The two briefly split up in 2017, but got back together in February 2018. The “Carnival Row” actor finally got down on one knee and asked her hand in marriage on February 14, 2019.