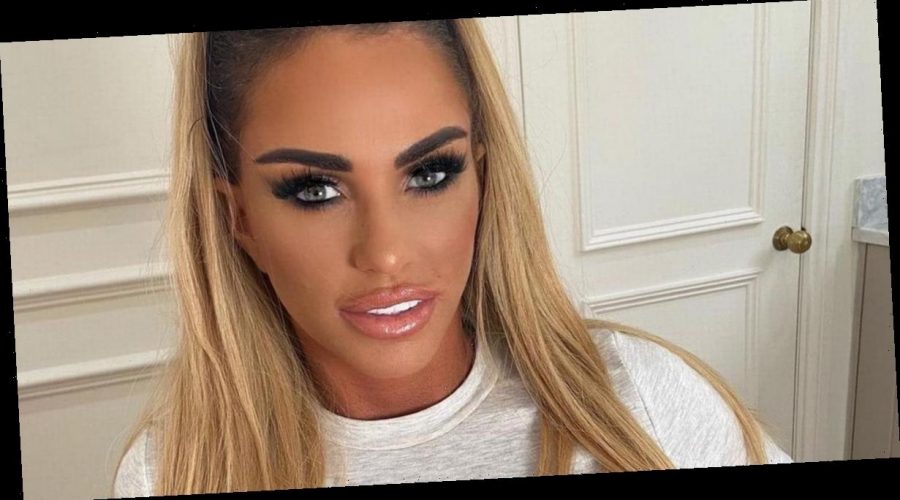 Katie Price has sympathised with Meghan Markle's mental health struggles and thinks she was banned from getting help as it "wouldn't look good" for the Royal Family.

The mum-of-five, who has launched a range of false lashes, has thrown her support behind the Duchess of Sussex, 39, after going through her own mental health battles.

Speaking on the podcast That's After Life! with Dame Esther Rantzen and Adrian Mills, the 42 year old said: "I've been there, I've been there!

"Well I've been through it and I know, and unfortunately mental health is an illness you can't see on the outside, it's on the inside.

Get exclusive celebrity stories and fabulous photoshoots straight to your inbox with OK's daily newsletter. You can sign up for FREE at the top of the page.

"I still go through it now, just been looking at stories that are absolute rubbish.

"With the Royal Family, of course, they have people who put out statements. She probably did ask for help. Probably wouldn't have looked good going to The Priory."

Meghan, 39, recently opened up about her mental health struggles during her bombshell tell-all interview with Oprah Winfrey.

The soon-to-be mum-of-two said she told Palace officials she needed help and expressed that she "didn't want to be alive anymore" but was refused help because she "wasn't a paid employee of the institution".

Katie herself has been open about her own low points and checked into The Priory to seek treatment.

During an appearance on BBC Northern Island's Nolan Live in February, the former glamour model was asked how she manages to stay strong despite everything life throws at her.

She responded: "You just have to get on with it. I went to The Priory last year, because I had a lot of things to deal with, and I think speaking to a therapist just helps you prepare for it.

"I say to anyone out there, if you are suffering with mental health, and this pandemic doesn't help, just talk to someone – if you're feeling low, talk to someone."

The reality star, who recently exposed a cruel troll who harassed her, continued: "I wanted to commit suicide. I planned it, did everything… everything was on top of me, it was a build up.

"I'm only human, I'm strong but there's only so much you can take and I could have either committed suicide or got help."

If you have been affected by this story, you can call the Samaritans on 116 123 or visit www.samaritans.org.