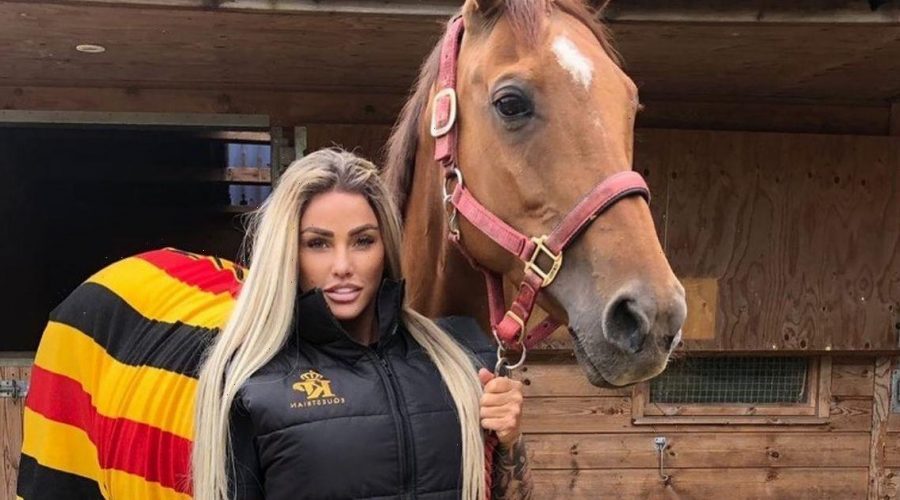 Former modelKatie Pricehas taken to Instagram to show the painful injuries she sustained after falling off her horse twice.

The reality star, 44, who has recently suggested that she should host the new Big Brother series, posted the images to her Instagram Stories.

Captioning the pictures, she wrote: “As much as I’m a very experienced horse rider tonight I fell off twice.

“1st time horse spooked and bucked, 2nd time is when the horse refused to jump then bucked so high then ran off me and started to buckeroo, thankfully I had a body protector and hat on.”

The mum-of-five has regularly shares snaps of her horses, and has opened up about how they have helped with her mental health difficulties.

In one post she wrote: “Many of you already know my story and have either made judgement or set messages of kindness and support which helps me massively day to day to look back on.

“Weekly therapy helps me yes, but being with my horses and having that feeling of being outdoors on a hack in the countryside, provides me with routine and the calmness my life needs.

“It's important to find that something for you, that you not only love, but benefits your overall wellbeing – for my mum gardening helps her, for my sister it's walking and for my brother and my dad it's a round of golf….just a few ideas for you.”

Katie has recently opened up about her mental health in hernew documentary, Katie Price: Trauma And Me.

In the Channel 4 show, the 44 year old spoke about the moments leading up to her drink-driving crash last year, following which she narrowly avoided jail and was handed a 16-week suspended sentence and two-year driving ban.

She also discussed her stint in rehab, saying it was for PTSD and not for "drink, drugs or addiction", as she said: “I have had my eyes opened about a lot. When you go in The Priory, people assume that it must be for drinks or drugs.

“I have never ever been in The Priory for drink, drugs or addiction. I have been in the priory for trauma rehabilitation for PTSD.”

She continued: “Because of what people believe, it affects me. There is a stigma that if you go in The Priory, you are a wrong 'un [one], but that's not true.

“I think people who go in there are brave because they are facing their demons and whatever their problems are to make themselves a better person.”