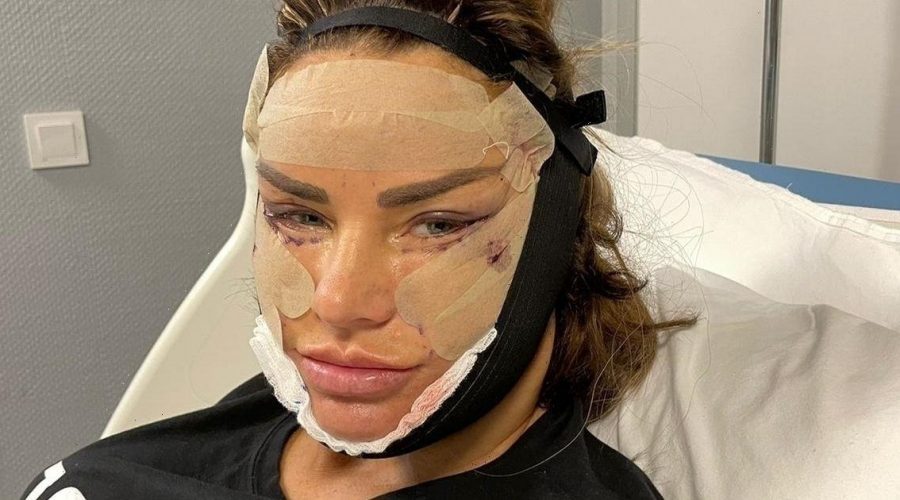 Katie Price is reportedly having more plastic surgery before she finds out the length of her sentence for the reality TV star's drink-drive charge.

The reality TV star recently completed treatment at The Priory and is now reportedly looking to make some tweaks to her appearance too.

The mum-of-five last had surgery in Turkey back in July, the star received liposuction, eye and lip lifts, and more liposuction under her chin.

Since then, Katie has got engaged to Love Island's Carl Woods, 32, and had a wild trip to Las Vegas.

A source has told The Sun she intends to get more work done before her sentencing date on December 15.

An insider has told the newspaper how the star feels about her figure.

The source reports: "Katie's telling everyone she thinks her bum implants make her look too big and wants them out – plus more lipo."

They add: “Everyone thinks she's making a huge mistake – she could be sent to prison next week – but she's in denial about how serious everything is."

The source explained: "When Katie has an idea in her head, she just does it. Who knows if she'll actually go through with it, but she's told friends she's going."

Katie has been traditionally busy recently and launched an equestrian range last week.

The business mogul posted on Instagram: “Guys! I'm so excited to announce that my @officialkpequestrian is launching tonight at 6pm!!!!”

Download OK! magazine's FREE app and get all the latest gossip straight to your phone

In July, Katie received criticism for her trip to Turkey as the country was on the red list of countries you could travel to unless for work purposes.

The reality star justified the surgery as the same as when a car heads to the garage for some repairs.

She said at the time: "It’s like a car – you have an MOT. If you get a scratch or a dent, you fix it, and that’s how I feel with my body. I’m not trying to look younger and I definitely don’t want that alien look – when people go over the top and look like freaks."