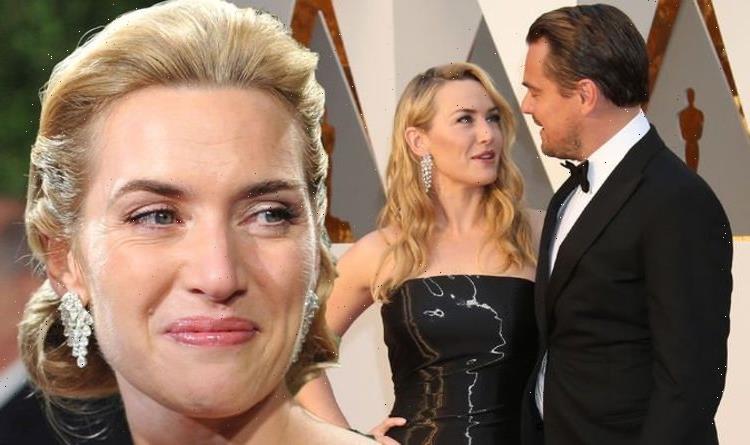 Kate Winslet, 46, and Leonardo DiCaprio, 47, have become lifelong friends after meeting when they worked on the 1997 film Titanic. Due to the pandemic, Kate has been unable to see him for over three years and admitted that when they were reunited she “couldn’t stop crying”.

I’ve known him for half of my life.

Kate and Leonardo’s 24-year-long friendship has captivated many, with their chemistry on Titanic leading many to speculate their friendship was something more.

However, they have kept their friendship going through the years, starring in Revolutionary Road together in 2009, with Kate even mentioning Leonardo in her Golden Globe acceptance speech.

Speaking to The Guardian, Kate revealed the pair have not been able to see each other for three years due to the pandemic.

When they were reunited in Los Angeles, Kate said: “I couldn’t stop crying. I’ve known him for half of my life.

“It’s not as if I’ve found myself in New York or he’s been in London and there’s been a chance to have dinner or grab a coffee and have a catch-up.”

Kate continued: “We haven’t been able to leave our countries. Like so many friendships globally, we’ve missed each other because of Covid.

Speaking during her acceptance speech for her Golden Globe in 2009, Kate blew kisses to her dear friend.

When the camera panned to Leonardo, she said: “I am so happy I can stand here and tell you how much I love you.

According to US Weekly, it was Leonardo who also gave Kate away when she married Ned Rocknroll in 2012.

During the time Titanic hit screens in 1997, the pair instantly formed a connection as they messed around on the film set.

Speaking to Rolling Stone magazine in 1998, Kate revealed how the actors were like “goofy kids”.

“Y’know, working with Leonardo DiCaprio — he’s a bit gorgeous, and I was worried that I was going to be bowled over by him, or that he was going to find me all stuffy and Shakespearean and English,” Kate explained. (sic)

“But the second we met, we just completely clicked.”

The actress added: “We’d do the most ridiculous things to each other. He’d be tickling me, groping me, winding me up.

“And I’d be doing the same thing back, sort of grabbing his bum.”

Despite the natural connection between the two, it never progressed to romance with Kate admitting she and her co-star would laugh at the fan theories.

“Just the notion of that was insane it would have been absolutely like incest,” the actress said.

“I have a relationship with Leo that all the women in the world would envy.”