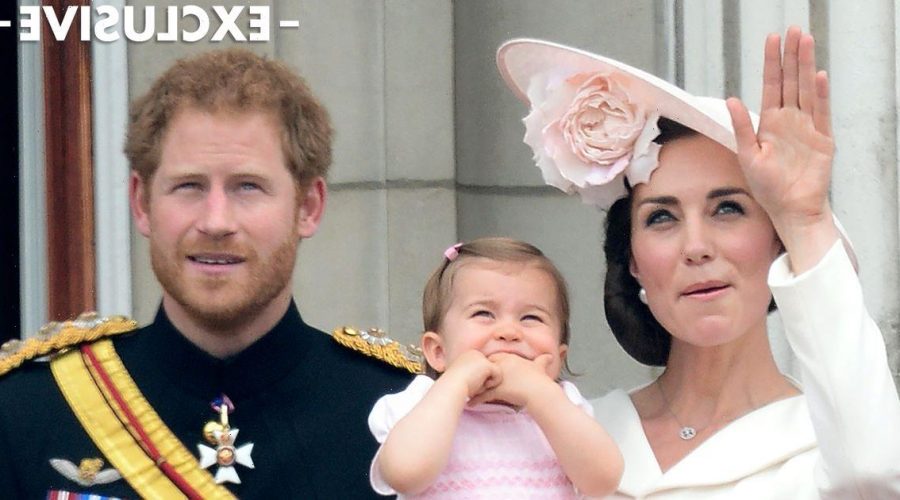 Princes William and Harry were once inseparable, a bond built through brotherly love, shared grief and a joint understanding of their unique roles.

Yet today the brothers are all but estranged, following a series of explosive interviews from Harry and wife Meghan.

Harry’s decision to air his grievances about his family in public via recent interviews including a sit down with US chat show host Oprah Winfrey has reportedly left his big brother feeling horribly hurt to the point that a happy reunion looks untenable.

But if there’s perhaps one person who can heal the broken bond it’s the Duchess of Cambridge.

Amid new reports Kate has been texting Prince Harry in California, Royal commentator Angela Levin tells OK! Kate is key to any reunion between the pair.

Angela tells OK! : “Catherine comes from a very stable, warm and loving family and she wants that for everybody around her. She wants William to make amends with Harry, but understands his reluctance.

"I’m sure Harry will be missing Catherine too – they had a great bond and he once even described her as the sister he always wished he had."

And with Harry having welcomed a new member to his family, Angela thinks that behind the scenes the brotherly relationship can be repaired.

She explains: “I'm a great believer that babies can bring relationships back together so the arrival of Harry and Meghan’s daughter could perform miracles. A baby is so innocent and sweet. The brothers can talk about the baby without upsetting each other.”

Kate is said to be the person Harry texted when wife Meghan went into labour with their second child. According to the Mail On Sunday Harry's message was a way of “cementing her role as a bridge between him and his brother.”

This comes after Kate admitted she 'couldn't wait' to meet little Lilibet.

During her official engagement with U.S. First Lady Jill Biden last week, a broadcast journalist from an American network put Kate, 39, on the spot with the question: “Your Royal Highness, do you have any wishes for your niece Lilibet?”

With a smile Kate replied: “I wish her all the very best. I can’t wait to meet her because we haven’t met her yet, so hopefully that will be soon.”

She was also asked if she had spoken with Meghan: “Have you FaceTimed with her?”

Yet while Kate has yet to see her new niece on camera, it certainly seems the Duchess' close friendship with Harry will prove invaluable as the brothers tentatively try to repair their relationship.

Next month the pair will come face to face once more at the unveiling of a statue of the late Diana, Princess of Wales in Kensington Gardens, to mark their late mother Princess Diana's 60th birthday.

The statue of Diana has been created by acclaimed British artist Ian Rank-Broadley, who also designed the UK coins which feature her majesty the Queen’s profile from 1998 onwards, as well as a portrait of Elizabeth and Prince Philip on the 2007 crown coin, celebrating their sixtieth wedding anniversary.

“William and Harry had been working on this project together since 2017 and it means a great deal to both of them,” Angela tells OK!.

At the time the idea was announced they made a joint statement saying, “Our mother touched so many lives. We hope the statue will help all those who visit Kensington Palace to reflect on her life and her legacy.”

Angela continues, “William and Harry may get a chance to talk and try to resolve some issues, but Harry is very impulsive and he wants things solved quickly, which unfortunately isn’t going to happen. His short trips back to the UK don’t leave enough time for healing."

Still, with Kate's help hopefully the meeting will lead to a closer understanding between the once inseparable siblings.