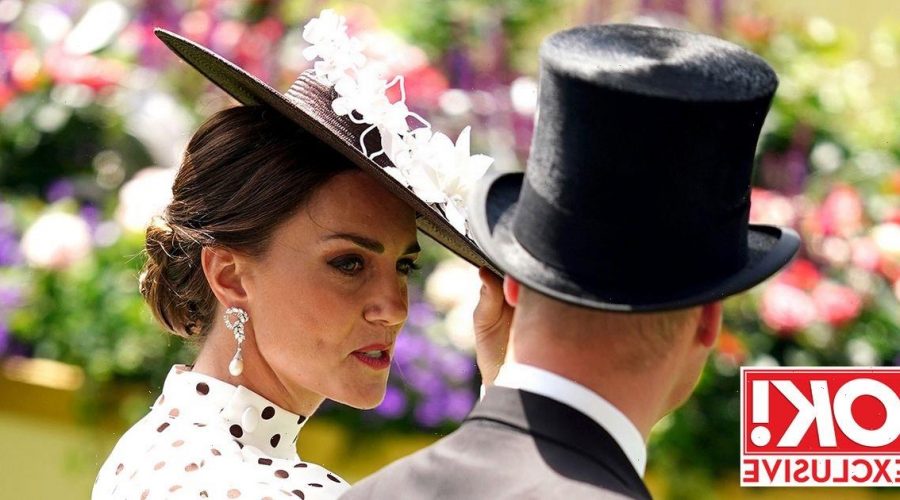 Everyone knows the Duchess and Duke of Cambridge have a strong relationship. But just like any other couple who have been married for a long time, they have their disagreements.

And royal expert Jennie Bond, have given us an insight into how Kate, 40, and William, 39, deal with their heated discussions at home.

Jennie told OK! that mum of three Kate "gives as good as she gets in arguments with William" – but we're glad to hear that they're typically over with quickly and that neither of them "hold grudges".

It comes after journalist Robert Jobson wrote how William has a "notably short fuse".

Get exclusive royal stories and fabulous photoshoots straight to your inbox with OK!'s daily newsletter.

He wrote that the dad of three can be "a bit of a shouter" and his "temper can "blow up at any time".

"They both have quite extreme mood swings, just as Diana did. She could be your best friend one minute and the next your worst enemy," a former royal courtier reportedly told Mr Jobson.

They added of William and Kate: "It’s fair to say the Duke and the Duchess give as good as they get if their disagreement results in raised voices.

"But they know each other so well, it usually blows over quickly – and she is, on the whole, a major calming influence on him."

Meanwhile, it's an exciting time for the Duke and Duchess, as they are believed to be planning to move to Adelaide Cottage in Windsor along with their three children George, eight, Charlotte, seven and four year old Louis this summer.

Kate and William are said to have been hunting for the perfect home, and after looking for a number of months, it is reported they have settled on a Grade-II-listed building on the Berkshire estate.

The cottage couldn't be more perfect for the family of five, as it is just a minute's walk from St George's Chapel at Windsor castle.

The couple are said to have their heart set on the four-bedroom property as they didn't want anything that was "too showy" or that needed renovating.

Reports claim that both Kate and William "were very keen for a modest home".

A source said of their new property: "They can send George, Charlotte and Louis to school together locally. The three children will enjoy running around and playing in the gardens, which is the kind of life they enjoy so much when at Anmer Hall."

They added: "The whole family is looking forward to moving in this summer and starting a new chapter in their lives together in Windsor.”

For all updates on Kate and William, and all the latest royal stories, sign up for OK!'s royal newsletter here.