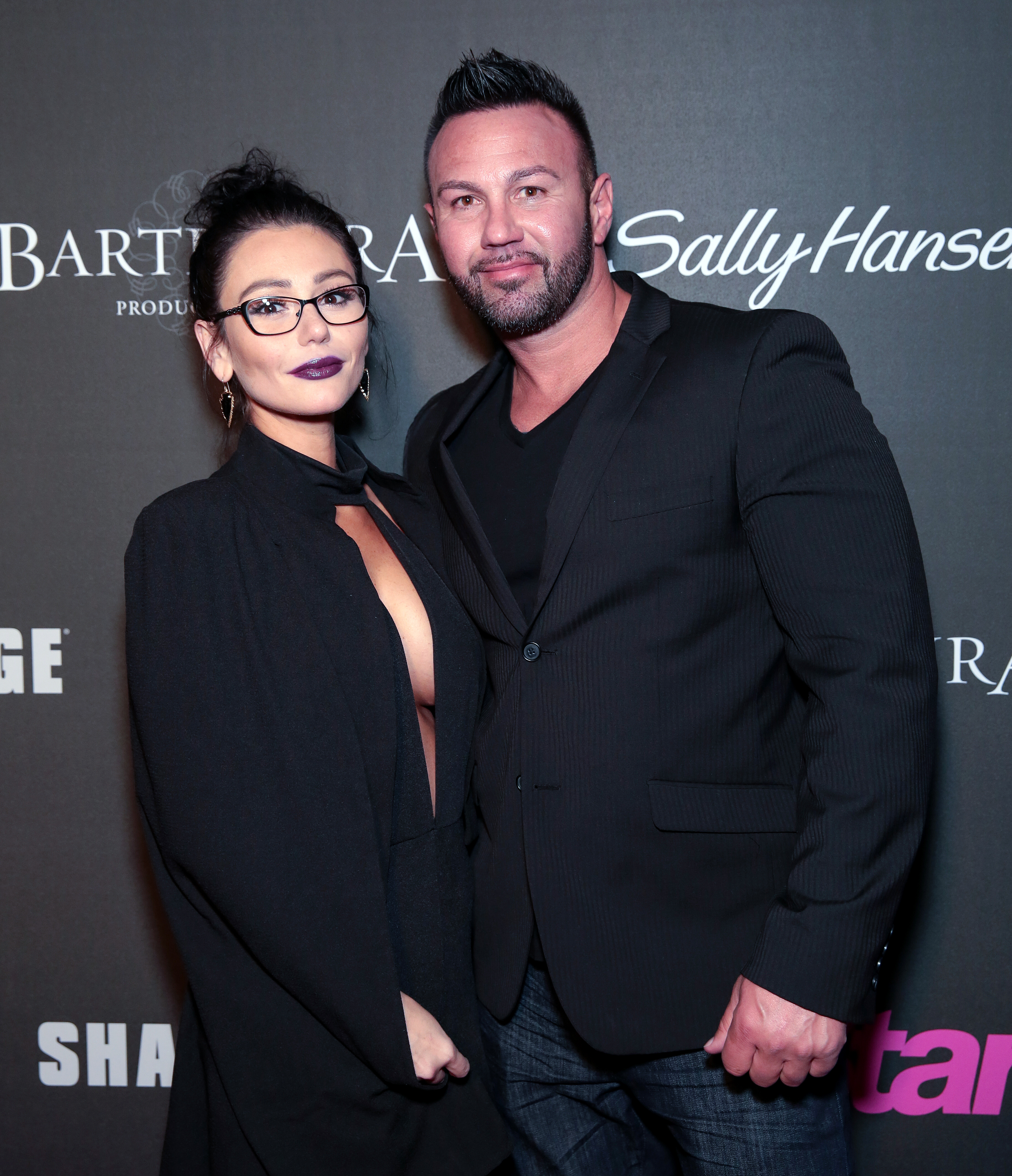 Staying positive. Jenni “JWoww” Farley shared a sweet video of her kids — whom she shares with her estranged husband, Roger Mathews — showing each other love amid their family drama.

The Jersey Shore star, 32, posted a video of Meilani, 4, and Greyson, 2, hugging in what was an uncommon moment of affection between the siblings via Instagram Story on Sunday, December 16.

“Such a rare moment of these two getting along lmao,” she captioned the video, which showed Greyson repeatedly grabbing his older sister and pulling her down onto the bed for a hug.

“Aww,” Farley gushed in the background. 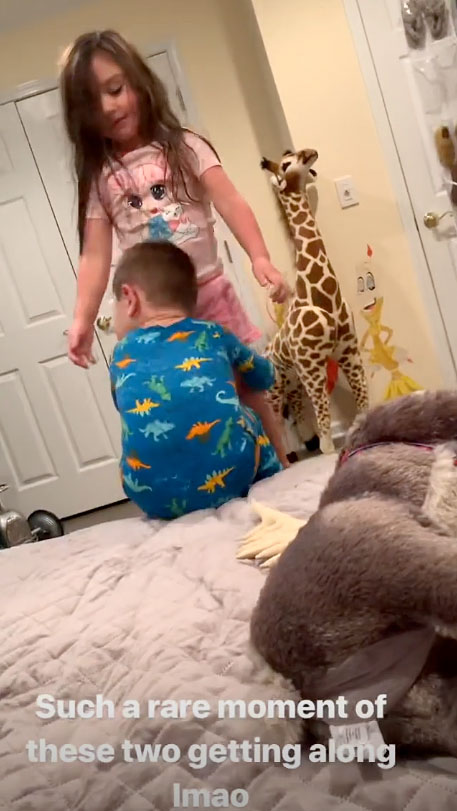 The Naturally Woww Founder filed a restraining order against Mathews, 43, on Friday, December 14, after the pair got into a heated argument. The businessman later took to Instagram to slam his wife for getting police involved after she “became completely, uncontrollably emotional” during an argument.

“My wife, earlier tonight, we had a disagreement because she’s leaving again tomorrow for work and promised my daughter that she would be hanging out with her all day, whereas my daughter has the flu,” he claimed in an Instagram video taken in the back of a police car on Friday. “So I took umbrage to it, and a little bit of a disagreement I would say ensued.”

He continued: “She gets so emotional and irrational in her anger, this is the level she brings it to … I’m not allowed to be there for my children anymore because somebody else is so hate-filled that they would do that to the father of their children, to a great father to their children.”

A source told Us Weekly on Sunday that Farley’s intentions were never to take the couple’s children from Mathews. The insider revealed, “Jenni would never take her kids from Roger. The judge said Roger wasn’t allowed to see the kids and so Jenni went through extreme measures Friday to have someone get in front of a judge to make sure Roger could see the kids. Within 24 hours, he was with his son.”

The estranged couple met in a bar in 2010 and dated on and off for several years until they tied the knot in October 2015. Farley, who filed for divorce from Mathews in September, shared a statement on Instagram on Friday, explaining that she had gotten authorities involved “as she felt it was in her best interest, and in the best interests of her children to do so.”