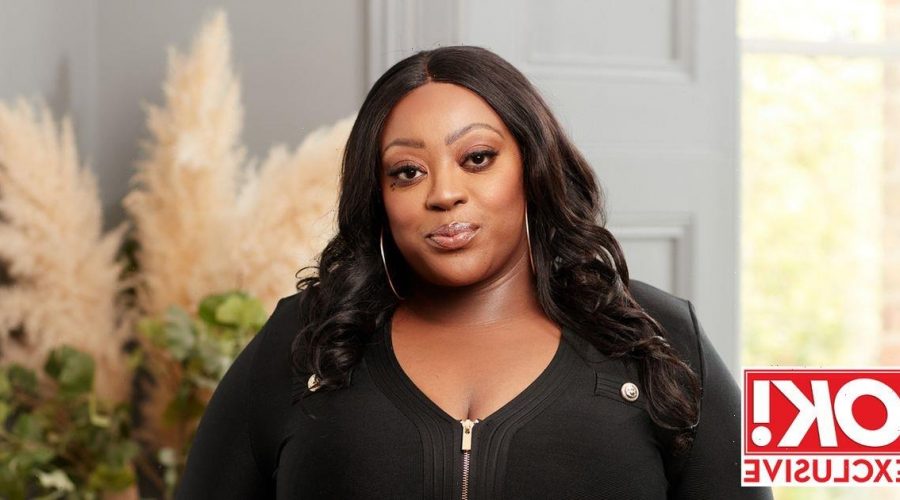 Christmas is right around the corner and the nation was graced with John Lewis' advert once again.

But after seeing a large amount of negativity towards the advert, our columnist Judi Love has said it proves racism in the UK still exists.

In this week's column, Judi, 41, opens up on distancing herself from social media after leaving Strictly Come Dancing as she reveals why she is "so proud" of her former co-star Rose Ayling-Ellis. Read what she has to say below…

Last week I had a few days off to relax and recoup after leaving Strictly. I was still feeling the after-effects of Covid and my chest was feeling rough so I had a much needed few days at home to switch off and spend time with kids.

After being so busy over the last couple of months, I enjoyed being able to cook fresh meals for them and have some quality time all together. I did some housework and comedy writing, too. I also put my phone on ‘Do Not Disturb’ and switched off from social media as I felt like I needed a break. I feel very refreshed!

John Lewis’ Christmas advert features a sweet story of a little boy who befriends an alien who is stuck on earth while she fixes her spaceship. The little boy is Black but I just can’t understand why there has been so many negative comments towards it. People have accused John Lewis of having some kind of “Black Agenda”. I don’t understand it – it’s an alien meeting a kid!

Frankly, I think its disgusting and I didn’t see any agenda. It’s just a sweet message about being kind to others at Christmas. When people say there’s not a problem of racism in the UK, things like this most innocent advert being bombarded with racist comments just proves that there is.

It’s just so sad what happened at Travis Scott’s Astroworld festival in Texas last week, where eight people died and hundreds more were injured after a crowd surge. The youngest victim was 14. Police are investigating what happened, but I just can’t help but think, do we really need to have such big concerts where there are tens of thousands of people?

Are we prioritising making money over people’s safety with such large crowds? It really does scare me, and I don’t know why there were so many young children there either. My heart just goes out to the families.

Jada Pinkett Smith opened up about her sex life with husband Will Smith during a Red Table talk with Gwyneyth Paltrow recently and admitted that there was a point at the beginning of their marriage where she wasn’t satisfied with their sex life. It definitely made me question how much, as a celebrity, you should put out there about intimate relationships as she’s had a lot of negative comments.

Still, Jada has been outspoken about her relationship with Will before – including how they had an open marriage – and in some ways, I think it’s great that she’s discussing women’s sexual pleasure when, for so long, it’s all been about satisfaction for men. T

he fact that so many women are not even sure if they have edver had an orgasm is shocking. Maybe now is the time for us to start exploring ourselves and talking what we find pleasurable.

The British Sign Language (BSL) website has revealed they have received a 3000% increase in people signing up to their online courses since Rose Ayling-Ellis has been on Strictly. I’m just so proud of Rose for doing something so great for representation on one of the biggest shows on TV.

I’ve absolutely loved watching her grow as a dancer and gain confidence as a person during her journey so far. I can’t wait to see what she does next.

For all your updates on Judi Love, her work commitments and romantic life, sign up to our daily OK! newsletter.