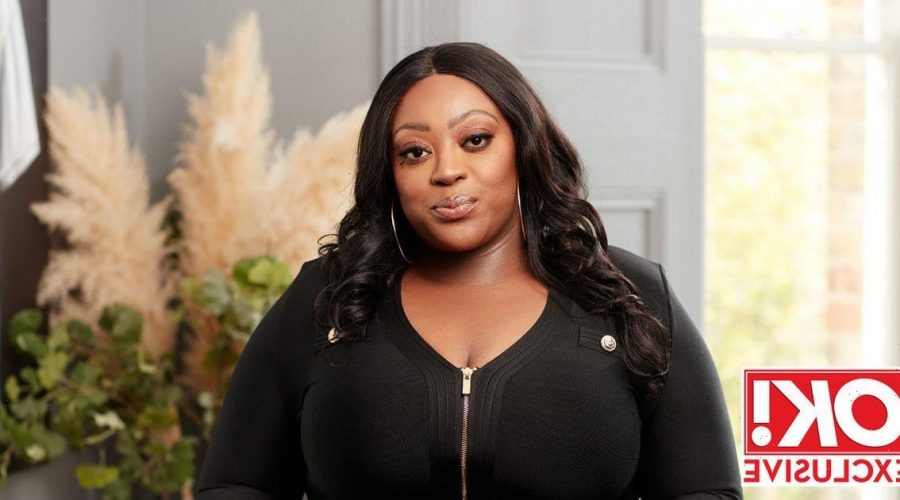 Loose Women panelist and Strictly Come Dancing contestant Judi Love opened up about her own experiences with anxiety in her OK! column this week. Her comments come after Coronation Street'sSamia Longchambon appeared on Loose Women to talk about her upcoming storyline and personal experience with anxiety.

Judi revealed that she suffered with panic attacks as a teenager when her mum was sick and admitted that "it wasn't really taken very seriously." Drawing on her own experience, Judi has called for the conversation to be opened up even more.

Also in this week's column, Judi discusses her Strictly makeover, recommends everyone has a digital detox once in a while and opens up about a time when she was mum shamed on social media.

WE NEED TO KEEP TALKING

It was so interesting to hear Corrie’s Samia Longchambon speaking about her experiences of anxiety on Loose Women.

I had panic attacks when I was a teenager and my mum was sick. I just remember people telling me to breathe into a bag, but it wasn’t really taken very seriously, so I think that conversation definitely needs to be opened up even more.

My panic attacks haven’t continued, but sometimes when I go to bed, my heart races as things run through my mind. It makes me think about how many people are living with anxiety, but just think it’s their normal body’s behaviour.

Now the countdown’s on, everybody’s asking if I’m ready to be “Strictly- ed”. I thought I was already glam, but last week I had some fittings with the show’s glam squad and I realised it’s a whole different level. I’m going to be out of my comfort zone with the costumes, but bring it on!

I’ve done a bit of swimming in preparation – but then I think, “Oh my God, I’m doing Strictly” and have a glass of wine! So it’s going to test me fitness-wise, but I’m up for the challenge.

My Loose Women co-star Nadia Sawalha recently revealed she was taking a short break from social media. I think it’s fantastic – we can get so consumed by our online lives. I try to have a break every couple of weeks. That started before my dad died in April because I wanted to concentrate on him. Social media can be overwhelming and some people can fret over whether they have enough likes, but that takes away time from other things I enjoy, like writing and family time.

So if I ever catch myself and my children all sitting on our phones, I immediately stop it.

Emily Atack was recently pictured enjoying lunch with her rumoured former flame Seann Walsh. Firstly, if I was Emily’s ex, I’d want to be friends with such a gorgeous girl, too. Secondly, if you had a good break-up and realised you’re better as friends, why not stay close? It’s only when your break-up wasn’t mutual or there’s no respect that things get complicated.

Personally, I’ve got no issues with my exes, but I don’t need to speak to them every week. I like to keep it moving!

Keep up with all of Judi Love's OK! columns by signing up to OK!’s daily newsletter.

New-mum Georgia Kousoulou has said she’s been mum-shamed on social media since giving birth to her son Brody, something I’ve seen in the past. I don’t put my kids on social media – only their voices – but once we filmed a funny video of me joking about being a strict Jamaican mum.

One comment said, “People wish for kids, so why do you treat yours like that?” I just laughed and didn’t take it seriously because they clearly didn’t understand the context.