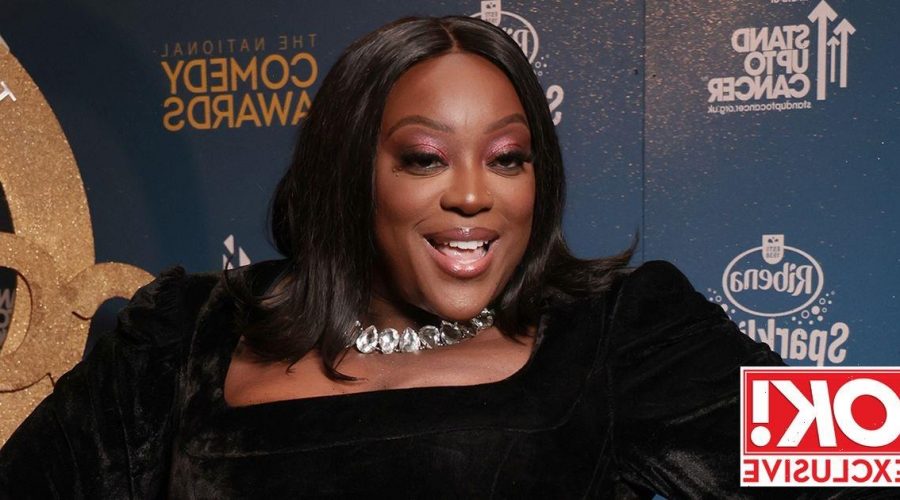 Our treasured columnist Judi Love has heaped praise onto Serena Williams this week, dubbing her a "girl boss" despite being knocked out of Wimbledon on Wednesday.

Catching up with OK! following Serena's loss, comedian Judi insisted that the US tennis champ demonstrated an unparalleled level of both strength and bravery by returning to the grand slam after a torn hamstring meant she was forced to pull out of last year's competition.

"This year's competition showed her to be more powerful than anybody because she came back."

"During her last tournament, Serena walked off in tears and in pain having suffered a serious leg injury," Loose Women favourite Judi recalled.

"She was then forced to cancel numerous tournaments after that, including the US Open, which must have been particularly difficult for her being from the States. And whilst all of this is going on, she’s also a full-time mum to her four-year-old daughter."

Judi – who credits 40-year-old Serena as one of the most inspirational sporting stars of all time – added: "Serena easily could have taken her recovery time as a route to retirement – to spend more time with her family – but she didn’t."

2021 saw Women's Singles No. 1 and mum-of-one Serena suffer a turbulent year when it came to her health.

Whilst competing against Aliaksandra Sasnovich during last year's tournament, she was forced to withdraw from the first-round match after sustaining a leg injury.

After taking some medical time out during the match, Serena – who shares four-year-old daughter Alexis "Olympia" Ohanian Jr with her Reddit co-found husband Alexis Ohanian – soon discovered she had suffered a torn hamstring and was forced to retreat in tears, all the while receiving a standing ovation from the spectating crowd.

"I was heartbroken to have to withdraw today after injuring my right leg," Serena later wrote on Instagram updating her fans. "My love and gratitude are with the fans and the team who make being on centre court so meaningful."

The tennis legend returned to the court on Tuesday for the first time since suffering her startling injury last year, putting on an impressive fight against Harmony Tan.

Despite having had to accept an early exit from the championships after a nail-biting three-hours-and-11-minutes game, Serena fan Judi has expressed her support of the pro, saying her return to the competition is worth more than any win.

"Serena’s result at Wimbledon wasn’t a loss," she told OK!. "She’s a girl boss and an inspiration."