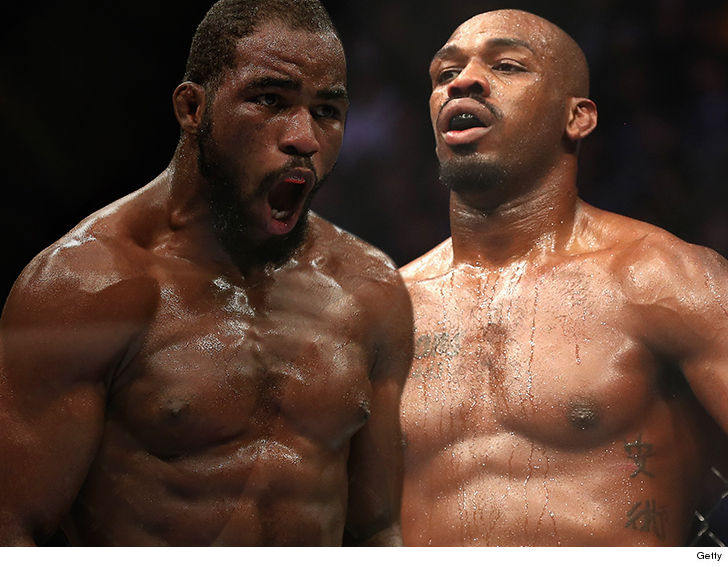 Ya can’t praise Jesus on one hand while popping steroids and cocaine with the other … so says UFC fighter Corey Anderson, who says he’s sick of Jon Jones pretending to be a man of God.

Anderson — a religious man himself — is the #6 ranked light heavyweight and angling for a title shot. He tells TMZ Sports it’s not just about the belt, he wants to teach a lesson.

“He puts things, ‘Oh, God this and God that,’ but then goes out and does drugs. Ya popping steroids and ya failing your tests. You’re hitting pregnant women and running from the scene. Ya can’t sit there and mix God and still live that life.”

Long story short … Anderson thinks Jon is a phony who’s been putting on an act to win over the public for years — and says it’s offensive that he would tattoo a bible verse on his chest while living an ungodly life.

“There’s a lot about him that’s just fake to me. The fact that he keep quoting these bible verses,” Anderson says … “I’m the type of person, I wake up in the morning and read my bible. I’m a God-fearing man.”

Anderson and Jones have been trading insults on social media — but Corey says he’s not just about that talk … he wants that action in a big way.

“Hey Jon, if you watching, let’s go. All the smoke baby. You said, do I want the smoke? I want it all. Chain smoke. Cigar smoke. Weed smoke. Crack smoke. Whatever you smokin’, blow it in my face. Let’s get it.”

Anderson fought on the undercard at UFC 232 and beat Ilir Latifi before Jones defeated Alexander Gustafsson in the main event.

As we previously reported, Anthony Smith is also gunning for a shot at Jones and says he’s already negotiating with UFC.