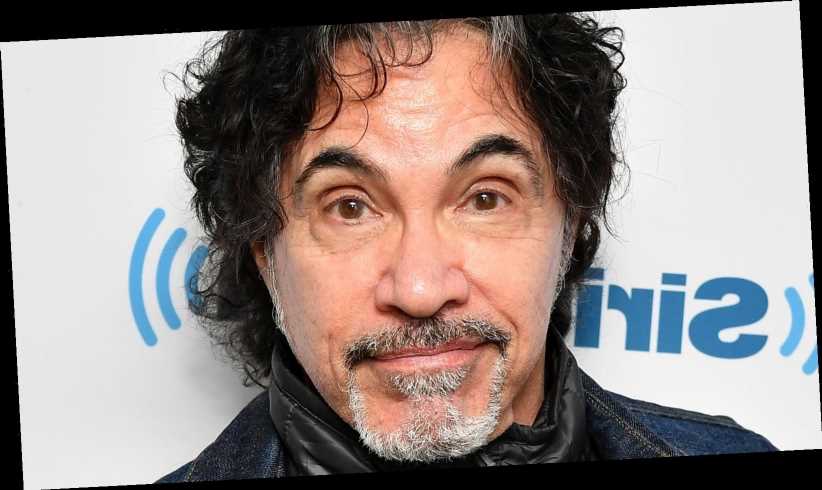 John Oates, who makes up the Oates part of the iconic pop rock duo Hall & Oates, has been in the music business a long time — we’re talking five decades, which have resulted in seven platinum albums, six No. 1 hits, and more than a handful of wild tour stories. He’s a veteran artist and throughout his travels, he’s also managed to amass a long list of celebrity friends. That’s actually how the singer’s March 20, 2021, charity concert, Oates SongFest 7908, came about.

Oates SongFest 7908 — which was inspired by a festival the guitar player put on in Colorado in 2013 called Aspen Songwriters Festival 7908 — marks the first time the iconic singer has creatively collaborated with his wife Aimee Oates, and he made sure to give the floral designer the credit due. “She’s got this together,” he told Nicki Swift in an early afternoon Zoom call. “I have no clue. I’m just a guitar player.”

It was Aimee who first found social media star and saxophonist Saxsquatch, who later signed on to co-host the event and help John give Hall & Oates’ classic song “Maneater” an EDM makeover. From there, it snowballed, collecting some serious star power like Dan+Shay, Sara Bareilles, and Gavin DeGraw. In an exclusive Nicki Swift interview, John and Aimee Oates talk behind-the-scenes Oates SongFest details and reveal how they convinced their famous pals to sign on.

Like most things in the era of the coronavirus pandemic, Oates SongFest 7908 was born almost entirely through a series of Instagram posts, direct messages, and phone calls. It goes far beyond Aimee Oates’ discovery of Saxsquatch. Once the couple decided on partnering with Feeding America to have a virtual festival (they nixed the idea of an in-person event as the pandemic swept across the nation), the floral designer convinced her husband to round up his celebrity friends.

“I was saying, ‘John, you’ve got 50 years of relationships and the camaraderie and all of these other,'” she told Nicki Swift. “And he’s like, ‘You know what?’ And it’s so funny in this whole social media world. He’s like, ‘Wait a second. I’m going to try to DM somebody.'”

John, who signed up for TikTok in March 2021, hit his social media stride after sliding into the DMs of “a lot” of the artists who he ultimately booked for the streaming event, including Foo Fighters frontman Dave Grohl (as it turns out, some celebs really do read their DMs!). The guitarist also poured over his phone’s contact list. “Some of it are people that I actually had in my phone, people I speak to, and people like Jim James, who I’ve worked with and Jim Lauderdale and so many people,” he said.

How Oates SongFest took on a life of its own

In some ways, Oates SongFest was a perfect storm, coming at a time when the majority of John’s contacts were shuttered indoors, unable to tour because of the on-going coronavirus pandemic. In other words: the music industry didn’t really have a whole lot going on, so it’s not surprising that, as John admits, “it took on a life of its own.”

“It got bigger and bigger,” John told Nicki Swift. “And then we had to put together a real television production team. Because we thought it would be a small event. We didn’t know what it would turn into, and it really grew and grew.”

Aimee ultimately enlisted a group of nearly entirely woman team members, as things spun out on the artist end. “We didn’t take into account because obviously we’ve never done a festival or streaming … that our wonderful team, they were reaching out. We were reaching out. John was reaching out. So all of a sudden it’s like, everyone agreed. And it’s like, oh no,” Aimee admitted, later joking, “We need a week long concert.”

The final lineup, which will span the course of the two and half hour concert, includes Darius Rucker, Jewel, Shawn Colvin (who played the original Aspen Songwriters Festival), John’s longtime Hall & Oates partner Daryl Hall and more. You can stream the March 20, 2021, event for free, but viewers are encouraged to donate to Feeding America.