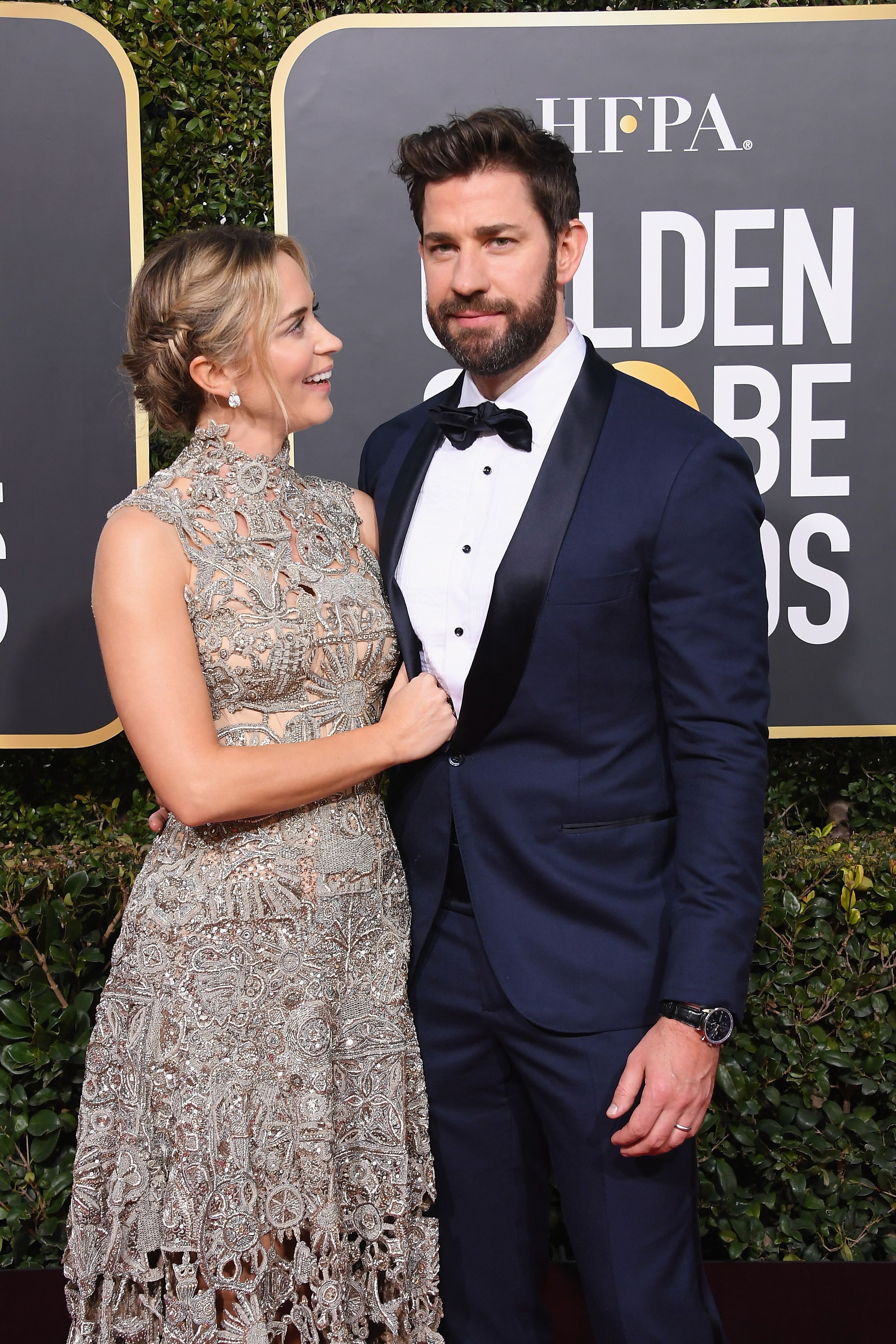 John Krasinski and Emily Blunt might’ve won the award for cutest couple at the Golden Globes tonight. The duo, who tied the knot in 2010, did more than flaunt their love on the red carpet; they were also adorable during the awards show.

While Blunt, star of Mary Poppins Returns, presented an award with costar Dick Van Dyke, her hubby proudly looked on from the audience. He even cheered her on from his seat, and instantly melted hearts across America.

Why can’t we all have a John Krasinski IRL, one fan questioned.

There was even a comparison to the viral Meryl Streep shouting meme. (The similarities are uncanny.)

A Kris Jenner reference was thrown in there too.

Honestly, we would’ve cheered for Emily the same way.

The couple was just as entertaining to watch on the red carpet. Blunt went for a silver embroidered dress by Alexander McQueen, featuring a high neckline, sheer panels, and a dripping hem. Krasinski looked sleek in a tailored navy tux with a black lapel and bowtie. 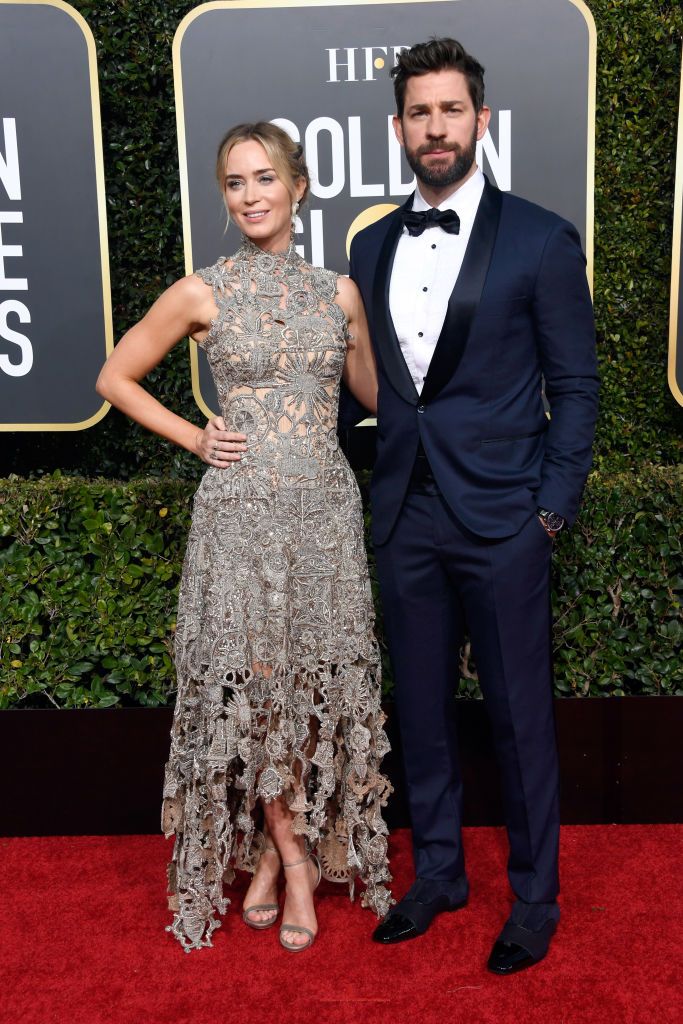 Although Blunt didn’t go home with a Golden Globe for her performance in Mary Poppins, she still has her husband’s unwavering support. Krasinski told Ellen DeGeneres in November that he sobbed uncontrollably watching his wife star in the Disney remake.

“I was crying so much, I blew through the tissue box in 20 minutes,” the actor said, per The Hollywood Reporter. He added that the film is “exactly what everybody needs at the holidays. It’s pure joy.”

In addition to reviving Mary Poppins, Blunt also costarred in the horror hit A Quiet Place with Krasinski in April 2018. The film was also nominated for a Golden Globe for Best Original Score.