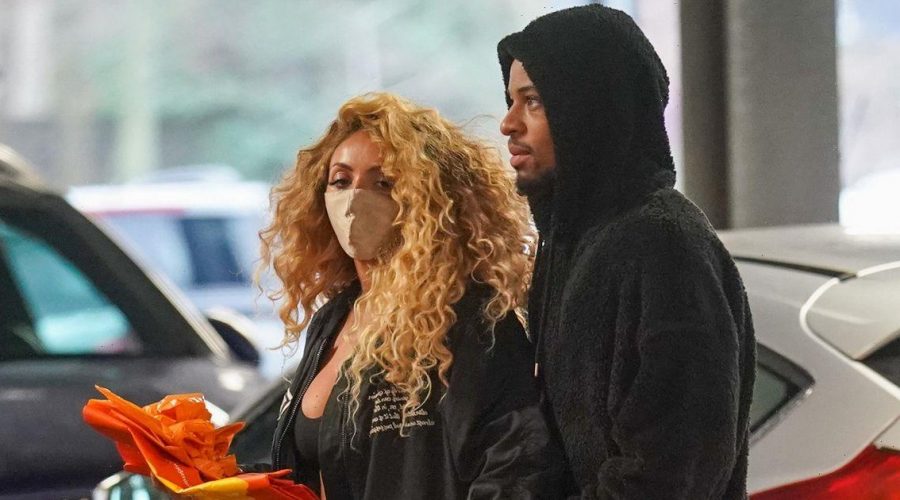 Jesy Nelson appears to have gone public with her new boyfriend Zion Foster as the pair were spotted shopping together.

Singer Jesy has been linked to the rapper in recent weeks and while she's yet to publicly address on the romance, she looked smitten out in Essex with the 23 year old – who is eight years her junior.

Zion, who hails from London, is known for tracks such as Bad and My Story, whilst Jesy has been carving out a solo career since leaving Little Mix, enjoying success with her first breakout single Boyz, featuring Nicki Minaj, which peaked at No. 4 in the UK charts.

On their day out, Jesy, 31, cut a cool figure in a pair of camo trousers, a crop top and oversized black bomber jacket as she wore her stunning curly tresses down.

The singer held onto two Sainsbury’s bags in one hand and Zion’s hand with the other.

While Jesy sported a face mask, Zion kept a low profile with the hood of his jacket up. However he wore a pair of eye-catching black trousers with bright cartoons on.

Another snap showed Zion pushing a trolley, with the pair having stocked up on loo roll – presumably to take back to Jesy’s lavish mansion nearby.

Once in the car, Jesy looked lovingly at her new beau.

Jesy was first linked to Zion in December after the loved-up couple were said to have jetted off to Jamaica together on a romantic getaway.

The Sun reported at the time that the "smitten pair" checked into the five-star Sandals resort in Montego Bay on the north of the island, which is popular for couples, including honeymooners.

A source told the publication: "It's early days and there is definitely no label on things but Jesy and Zion have grown close in recent weeks.

"They are taking things at their own pace and playing it all by ear but they are really enjoying each other's company. Jamaica was the perfect chance to really get to know each other away from where they could be recognised.

"Jesy is in a really great place right now and excited for what’s in store for next year.”

Posting a shot of her flowers, she wrote alongside it "I'm a lucky girl," with a lovestruck emoji.

The songstress has also been consistently commenting on Zion's social media posts over recent weeks, furthering speculation that the pair are romantically involved.

Jesy's previous well-known boyfriends include Diversity's Jordan Banjo, who she dated for two years; Jake Roche, to whom she was engaged; and former Love Island star, Chris Hughes.